Gavel Down Closing out the Week in Congress 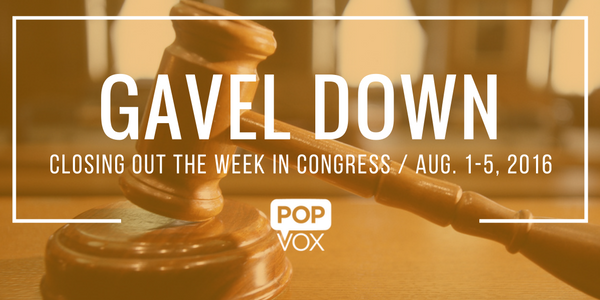 …as they share their biggest takeaways from covering and studying Congress. Major opioid legislation recently became law, and we answer the age old question: What does Congress do on recess?

You've probably heard about CARA and may be scratching your head. CARA refers to major opioid legislation Congress passed before adjourning for recess. President Obama recently signed the bill into law, marking the most expansive federal legislation to date for addiction support services.

The bill passed the Senate by a vote of 94-1 in March, and the House passed the bill in May by a vote of 407-5. The two chambers met in conference in July, working to resolve differences in their versions of passed legislation. On July 22, President Obama signed the bill into law.


Read up on all the major legislation this Congress has passed and why you're probably not hearing about it. 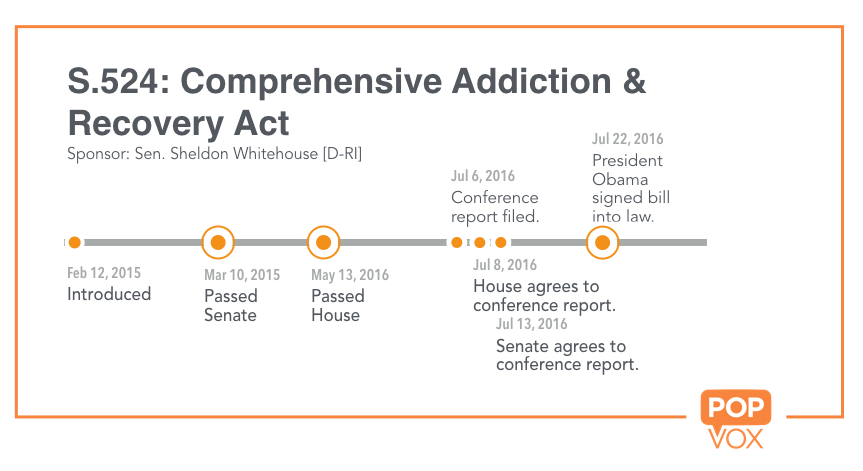 Farewell to our summer interns!

HUGE thank you to our summer interns for all their hard work this summer. Check out their biggest takeaways from a summer spent working on the Hill.

"There’s a lot of good happening in the American political system — yes, even in Washington and even in Congress. I’m walking away from this summer with a brand new Twitter, a farmer’s tan on my feet from the sandals I wear on my walk to work, and a newly rediscovered love for our government."
Read more from Maddie Burton, Government, New Media Intern

"As my internship draws to an end, I am filled with a greater appreciation for the work that goes into informing and empowering citizens – along with the work that Congress does to understand and represent their constituents."
Read more from Holly Stokes, Government Relations Interns
"It wasn’t the Congress you normally see in a soundbite on the nightly news. Rather, it was a constructive, collaborative atmosphere that was refreshing to see.”
Read more from Hannah Gourdie, Legislative Affairs Intern

What does Congress do on recess?

Congress is back home working right now, away on a seven-week recess. A lot of people assume that recess is vacation for Members of Congress, but that’s not true. Part of the problem is the name: recess conjures up images of kids playing tag, a break from school. The official term is “District Work Week,” and recess is just used because in parliamentary procedure, a session of Congress is adjourned and said to stand in recess.

Most Members of Congress use their time away from Washington to interact directly with their constituents. They host town halls, visit small businesses in their districts, and meet with constituents. While they do take time to spend with their families, lawmakers stay busy back home, working to understand constituents, which informs the work they do when they return to Washington.

Congress is back home working, and we're sending a summer version of Gavel Down — full of how current events relate to Congressional happenings, as well as updates on major legislation. Please keep in mind that highlighting a bill does not imply POPVOX endorsement in any way. As always, our goal is to offer one more way to help you stay informed about the complex U.S. legislative system.

Editor Follow
« I’ll Miss Rayburn Most of All: Internship Wrap-Up
Gavel Down Closing out the Week in Congress »