I’ll Miss Rayburn Most of All: Internship Wrap-Up 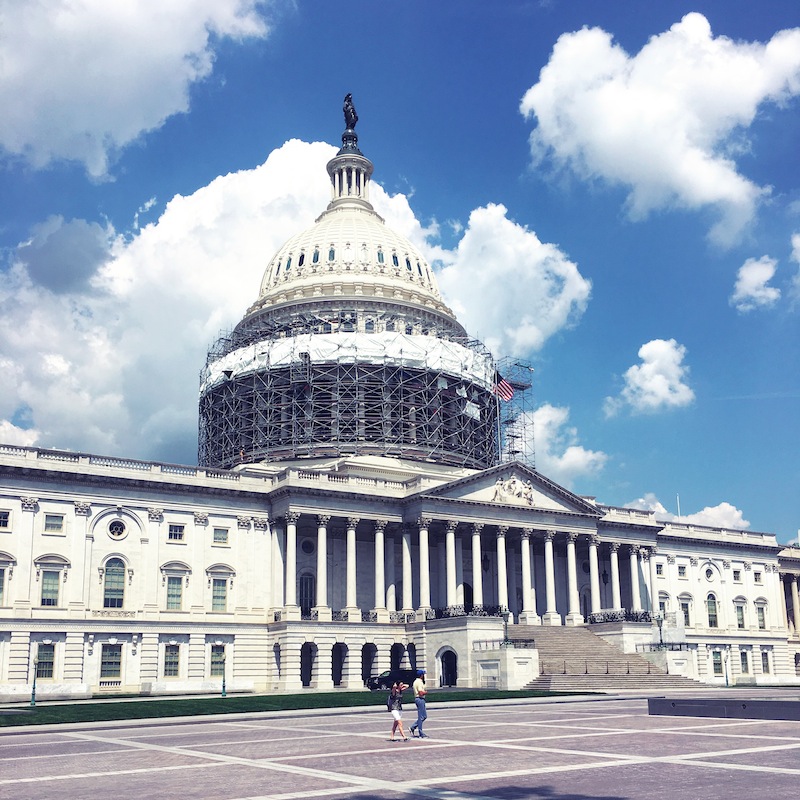 I arrived to this internship surprisingly out of touch with politics, probably the least I’ve been since I first took civics in 2008. Like many Americans, I was more familiar with the rhetoric surrounding Congress than the actual work being done in the House and Senate. I was excited to work for a neutral, nonpartisan organization that would not be consumed by the polarization that seems to define politics.


I was expecting to learn more about Congress. I was expecting to become more familiar with the legislative process and important legislation being considered right now. I was absolutely expecting to complain endlessly about DC’s heat and humidity. (For the record, I’ve always had hot and humid summers, I just have yet to adapt in these 21 years). But I didn’t realize I would walk away from this summer with the a crazy passion for government — something I hadn’t experienced since I was a college freshman casting my very first vote.

So many hearings — so little time


Most people do not have the time to watch C-SPAN constantly and even fewer can come to the Hill to attend hearings in person. But for most of my summer, I spent at least half my workday in hearings, markups, and briefings. I attended a roundtable on combatting drug addiction hosted by the Senate Homeland Security & Governmental Affairs Committee. Senators from both parties met with experts with diverse viewpoints, backgrounds, and ideologies to hear suggestions on how best to fight the opioid epidemic. Lawmakers asked a few questions, but for the most part, they just sat back and listened. It sounds simple, but as someone who has studied the drug crisis and often been frustrated by the government’s response to it, I was impressed that they were willing to consider so many different opinions and that it wasn’t being treated like an attempt to score political points.

I attended a hearing where silver-haired fox and noteworthy mad man John Slattery testified about Spotlight. Helen Mirren spoke before Senate Judiciary about Nazi art theft. Those experiences were fabulous and definitely featured heavily on my snap story, but y’all should have seen me the time I walked past Elizabeth Warren in Hart or when Paul Ryan spoke at a event I attended. The politics nerd in me could hardly believe it. I once saw the back of Cory Booker’s head (it was ridiculous) as he walked into Dirksen and almost cried. It was also unbelievably cool to see so many politicians in person.


I was rushing through security one day, and as I gathered my belongings, I looked up and made eye contact with Sen. Ted Cruz [R]. I did a doubletake — and I’m both proud and ashamed to say then followed him down the hall hoping to feature him on my Snapchat story. He ran into press, so I didn’t get my picture, but when I looked around to collect myself and find my scheduled hearing, I realized he had unknowingly escorted me to where I needed to be. I had arrived at the correct room and proceeded to attend a Senate Judiciary hearing.


I’ve also been able to witness some incredible events. I was on the Hill the day of the House sit-in and during Senator Chris Murphy’s filibuster. The Senate Appropriations Committee approved twelve spending bills (which doesn’t always happen) at the earliest point since the 1980s. I’ve already mentioned my interest in the drug crisis, and I got to attend the first opioid conference committee, a bipartisan meeting that led to the most comprehensive drug reform bill in nearly two decades. I was at the conference committee hearing for The Helping Families in Mental Health Crisis Act, and for a Congress known for gridlock and partisanship, I can tell you there was an incredible amount of bipartisan support. While some members advocated for additional provisions that they knew would not be approved, everyone was humble and appreciative of the amount of work lawmakers from both sides put in to get this historic legislation passed. Congress may have gained a reputation for gridlock, but legislators from both parties have worked diligently to overcome it.


These are highlights from the summer, but everywhere I turned, there was government happening. For a politics nerd like me, it’s just amazing to be surrounded by so many interesting people doing interesting things. I stumbled onto multiple press conferences on the Capitol Plaza. I attended lunch briefings on topics I had never considered. I even scored free sandwiches from time to time!


This summer was monstrously hot. (I have historically spent my summers poolside, so even dresses and skirts were too much for me.) As a college student who refuses to register for any classes that start before 10 AM, getting up for work was not easy. Despite these issues, this summer is the first time I have been really excited about politics since that Tuesday in November 2013. There’s a lot of good happening in the American political system — yes, even in Washington and even in Congress. I’m walking away from this summer with a brand new Twitter, a farmer’s tan on my feet from the sandals I wear on my walk to work, and a newly rediscovered love for our government.


I’m excited for November when I get to vote in my very first presidential election, but I’m also looking forward to the gubernatorial election next year and to the midterms in 2018. Congress is not without its problems, but my biggest takeaway from this summer has been putting my fears to rest that the naysayers are correct. If they were right, if Congress were irrevocably broken, then that meant that my representative democracy did not work for me. It meant that the men and women who govern in my name did not truly serve me, and to the kid who was once so hopped up on the power of civic engagement, that would be unbearable. But fear not, younger Maddie. Even when everyone else is hating on Congress, there’s still some good in Washington.

Editor Follow
« So Long, and Thanks for All the Fish: Internship Wrap-Up
Gavel Down Closing out the Week in Congress »