A week of hugs, tears, prayers, and unity…

In other news, a small group of GOP senators continues work on a health care bill, amid growing complaints about the secrecy of the process. The House passed several bills in its "Part Three" plan for revamping the health system. 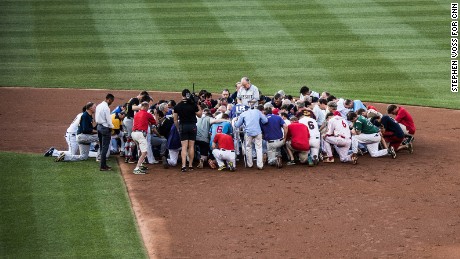 The Congressional Baseball Game went ahead on Thursday night as scheduled. It was an unusual scene of unity, with members in tee shirts standing side by side with rivals, cheering on “Team Scalise” in support of the majority whip. Officer Bailey threw out the first pitch. Members knelt together to pray before the game began. Speaker Ryan and Majority Leader Pelosi gave first joint interview. 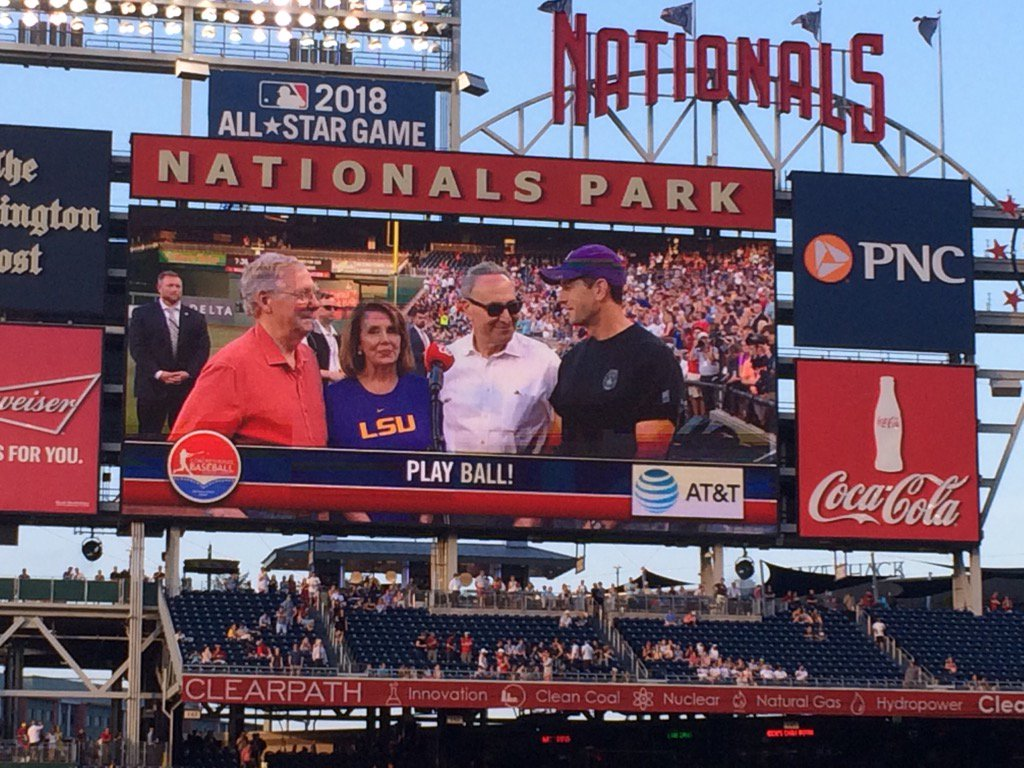 At 24,959 tickets sold, he CBG outsold Thursday MLB games in Chicago, Cleveland, Detroit, Minnesota and Oakland, and raised over $1 million for charity. Even late night comedians had nothing but props for the responses of the president and MOCs to the tragedy. It was a co-ed game, with Reps. Sánchez and Barragán both scoring runs. Democrats technically took the game 11-2, but gave the Roll Call trophy to Republicans to keep in the Scalise office.

With the unity, resilience and bipartisan spirit shown, Members of Congress may have been the ones on the field, but all of America won last night.

Accountability at the VA


This week the House passed a bill to change accountability procedures at the Department of Veteran's Affairs:

As reported by Federal News Radio, the bill will:


The House passed several bills in its third of "Three Phases of Repeal and Replace" the Affordable Care Act. These include: a bill to allow health care tax credits to be used to pay for COBRA coverage and a bill to require verification of immigration status to qualify for health tax credits.

Work on the Senate health care bill continues though the chamber may miss its goal to vote on a health bill in June. That would set up a push to expedite the bill after the July 4 recess and "jam the House" before the August recess.

President Tump met this week with thirteen key moderate senators, and he had some harsh words for the House bill. According to recent polls, the public has questions about the bill too (view state-by-state public opinion).

On Friday, Minority Leader Schumer invites Leader McConnell and entire Senate GOP caucus to “family meeting” on health care next week. He also introduced a bill to prohibit expedited consideration of a reconciliation bill (like the health care bill).

The measure calls for strengthening current sanctions and imposing new ones on a broad range of people, including Russians engaged in corruption, individuals in human rights abuses and anyone supplying weapons to the government of Syrian President Bashar Assad. Broad new sanctions would be imposed on Russia's mining, metals, shipping and railways sectors.

The measure would punish individuals who conduct what the senators described as "conducting malicious cyber activity on behalf of the Russian government." Also covered by the sanctions are people doing business with Russian intelligence and defense agencies.


The bill would significantly increase the role of Congress in foreign policy, and restrict the president from removing sanctions on Russia without Congressional approval. It now goes to the House where its future is less certain, amid reports that the White House is calling House members "to stop [the bill], slow it, weaken it, dilute it.”

Tell your representative what you think about S. 722
(Iran and Russia sanctions)