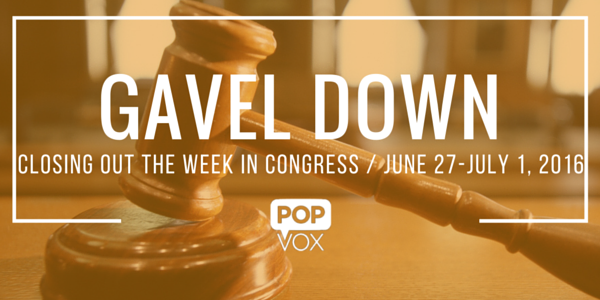 Big week on the Hill, with bills becoming law… 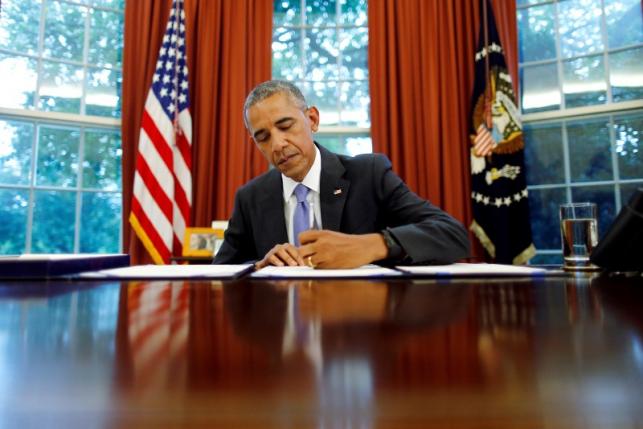 Under Puerto Rico’s Constitution, these Constitutionally backed general obligation debts should receive priority over government resources, including those needed to keep hospitals and schools open. Earlier this month, U.S. hedge funds filed law suits against a local debt-moratorium law to ensure that they received priority, suggesting future lawsuits if Congress did not intervene.

PROMESA is the result of bipartisan compromises, Congressional leadership support, and the backing of Treasury Secretary Jack Lew. The bill passed the House on June 9th by 297-127 vote and passed the Senate this Wednesday with a vote of 68-30. Senate approval was uncertain due to the unexpected early House recess, forcing the Senate to adopt the bill as is because amendments would have necessitated a House vote after the July 1st deadline.

What Will PROMESA Do?
Although PROMESA was passed before July 1st, Puerto Rico Governor Alejandro Garcia Padilla said Puerto Rico does not have the money nor time to meet the debt payments due today.

Though PROMESA will not help Puerto Rico make today’s $2 billion debt payment, it will prevent lawsuits from creditors, create a financial oversight board that will control Puerto Rico’s budget and can reorder the priority of creditors, and allow federal minimum wage to be lowered to $4.25 for workers under 24 years old. The oversight board will operate independently of the Puerto Rican government and restructure its finances, similar to the oversight boards created in Detroit and New York City. Additionally, PROMESA prevents a taxpayer bailout of Puerto Rico’s debt.


See how your Representative and Senators voted on this legislation.

Democrats called for new talks to revise the bill, criticizing measures such as:

"We are writing to urge your cooperation in quickly negotiating an agreement that rejects politicizing disaster response with extreme and unnecessary partisan priorities."

The Obama administration threatened to veto the proposal. Last week, White House spokesman Eric Schultz said the bill “falls far short” of the level of funds recommended by health officials and the $1.9 billion requested by President Obama in February. To force a floor vote on President Obama’s request for Zika funding, House Democrats introduced a discharge petition last week. This kind of procedural maneuver would bring the bill to the floor without a committee report and requires 218 signatures from House members. To reach this threshold, Democrats need more than two dozen Republicans to sign on.

According to a new Washington Post-ABC News poll, two-thirds of Americans say they are “not too” or “not at all” worried about Zika infecting them or a family member. One-third are at least “somewhat worried.” These results indicate that fewer Americans are concerned about the Zika virus than the Ebola epidemic. However, according to a new Kaiser poll, a majority of Americans support funding for Zika research, preventative measures, and family planning services for American women affected by the outbreak. 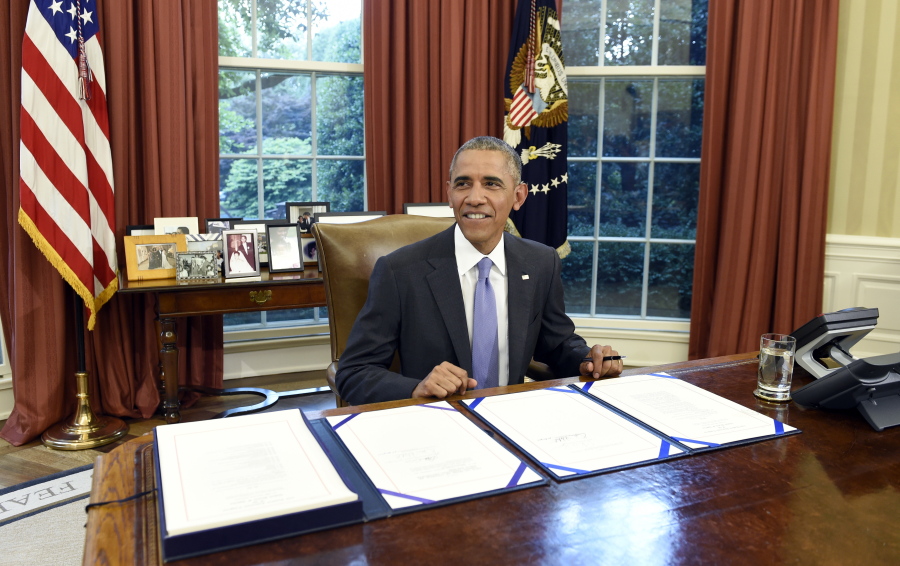 
President Obama signed bipartisan FOIA reform bill into law, requiring federal agencies to make certain records available for public inspection in an electronic format. The bill also ensures the creation and operation of an online portal where FOIA requests can be submitted to any federal agency though a single website.

According to release from House Oversight and Government Reform, the bill "places the burden on agencies to justify withholding information, instead of on the requester to justify release of said information."

The bill passed the Senate by unanimous consent in March, and passed the House by voice vote mid June. (The House approved its own version in January but decided to take up the Senate version rather than merging the bills in a conference committee.)

President Obama commended Congress on moving forward with the "significant and important legislation" and noted the bipartisan compromises that made it possible. White House spokesperson Brandi Hoffine said the bill makes “important upgrades to the FOIA system established nearly 50 years ago." The Administration also suggested that "extending FOIA to Congress would serve as another important step in increasing government transparency." (Currently, FOIA only applies to the executive branch.)


On Wednesday, the Senate Appropriations Committee cleared the 12th and final approps bill of the year. As noted by This Hill, this was the earliest all spending bills have passed committee since 1988. The committee credited the bipartisan cooperation of Chairman Thad Cochran [R, MS] and Ranking Member Barbara Mikulski [D, MD] with the legislative success. Of special note was the first bipartisan health spending bill to clear a Senate committee in seven years.

Nine of the twelve bills are still awaiting a final vote by the full Senate and, of course, resolution with the House, where the appropriations process is not going as well. Check out “Appropriations 101” from the Center for a Responsible Federal Budget.

Included in the bill (Read summary):

"Freedom of Information Act: Department of Labor Can Improve Management of Its Program"  from Government Accountability Office