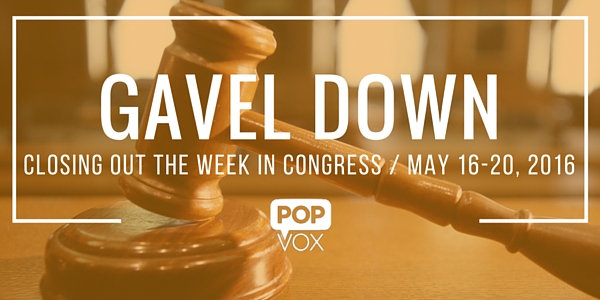 It was a busy week — MilCon-VA spending passed the Senate (with Zika funding) and another version passed the House (along with a standalone Zika bill). The House passed the 2016 NDAA, with tough votes on controversial amendments. A Puerto Rico bill was released Thursday, along with a compromise toxic substances update. And the Supreme Court remanded a case on the ACA contraceptive mandate back to the lower court. 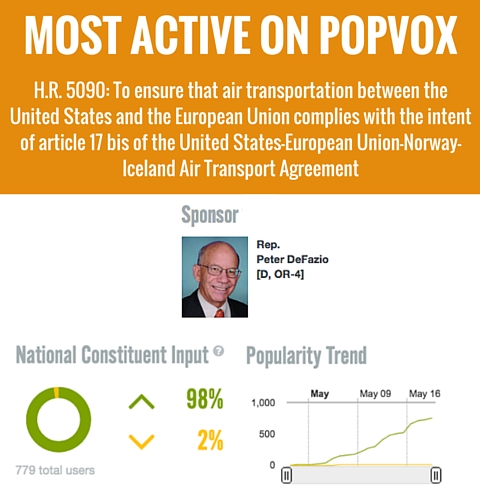 The House passed its own MilCon-VA spending bill (H.R. 4974), with a vote of a bipartisan vote of 295-129. The bill includes a ban on all Senior Executive Service (SES) performance awards at the VA and a provision to allow VA doctors to recommend medical marijuana as treatment for PTSD in states where it is legal. The legislation contains $81.6 billion in funding to house, train, and equip military personnel, to provide housing and services to military families, to maintain base infrastructure, and to support veterans’ benefits and programs.

The Centers for Disease Control (CDC) reports it is monitoring nearly 300 cases of Zika in the U.S., including Puerto Rico.

This week the Senate passed a measure in the MilCon-VA spending bill to provide $1.1 billion to combat the Zika virus. The House passed a standalone bill (H.R. 5243) that provides $622 million for the HHS and other agencies, available until Sept. 30, which is offset with over $350 million from funds designated for Ebola. The House and Senate are expected to work out the differences in conference.

This week the House also took up the National Defense Authorization Act, holding to the House GOP Leadership commitment to an open process.

That led to hundreds of amendments (379 introduced), setting up several controversial votes, including provisions to remove Confederate flags from veterans' cemeteries (passed) and another to prohibit LGBT discrimination by federal contractors (failed).

The LGBT discrimination amendment provoked a heated conflict on the House Floor, as the vote initially seemed set to pass but changed after time had expired. While it is not unusual for a vote to be held open after time runs out, and not uncommon for leadership to continue to whip votes, electronic voting machines are usually disabled and vote changes made verbally by the member to the Clerk. That didn't happen for this vote, though ten members changed their vote. The Hill has the background on the chaotic scene that erupted on the House Floor. Roll Call has the numbers.

H.R. 4909: National Defense Authorization Act
How did your representative vote?


On Tuesday, the Senate passed a bill to allow September 11 victims and relatives to sue Saudi Arabia or any other countries in federal court over possible roles in the 2001 attacks.


The bill now heads to the House, where Speaker Paul Ryan says he is still evaluating whether the bill will be brought to a vote. According to the White House, the bill challenges the internationally recognized standard of sovereign immunity and could subject the United States to similar lawsuits in the future.

The bill "triggered a threat from Riyadh to pull billions of dollars from the US economy if the bill is enacted," (The Guardian). Politico reports that Saudi Arabia is undertaking an unprecedented outreach campaign, even distributing a bound white paper to Capitol Hill offices describing its efforts to fight terrorism.

On Thursday night, the House Natural Resources Committee released an updated version of the Puerto Rico Oversight, Management and Economic Stability Act (PROMESA). The bill gives Puerto Rico tools to restructure to restructure its $70 billion in debt, including the ability to reprioritize creditors. If the committee votes next week on the bill, it will set up a House floor vote in June.

“This package of reforms will restore the guardrails of freedom and self-governance in Puerto Rico. It will hold Puerto Rico accountable to its debt, uncover audited financial statements, enforce fiscal responsibility and cut red tape holding down the Island’s economy. It provides tools to redirect Puerto Rico from a path of destitution towards a path of prosperity, preserving freedom and opportunity for the next generation.

Bloomberg reports that the negotiated draft bill will: 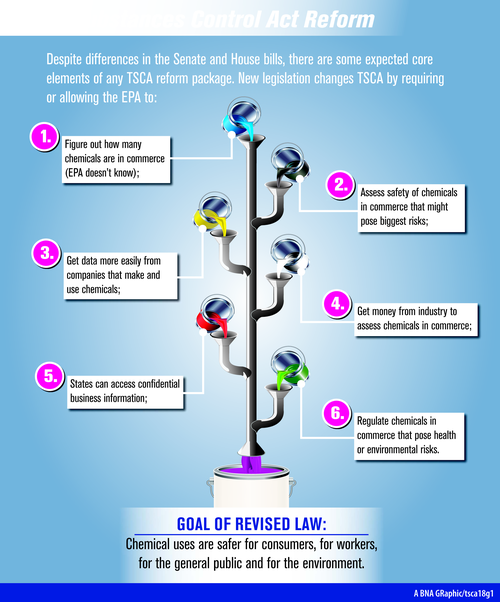 
The Supreme Court returned a case regarding religious objections to providing contraceptive coverage under the ACA to lower courts this week. The rare unanimous opinion was seen as a direct consequence of the even 4-4 split of the Court since the death of Justice Antonin Scalia.

We were asked about bills for a high school Civics class to research.
Here's our list. What did we miss?