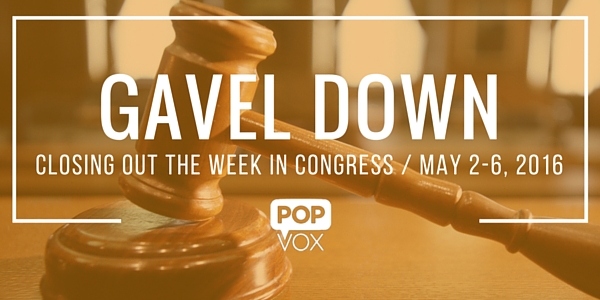 Puerto Rico defaulted on largest debt payment so far, as lawmakers work on new legislative solution to the island’s debt crisis. Several much anticipated rules (proposed and final) were released this week. Treasury Department announced efforts to stem tax fraud, largely in response to Panama Papers. House and Senate were on recess, working back home; both scheduled to return to the District next week for legislative action. 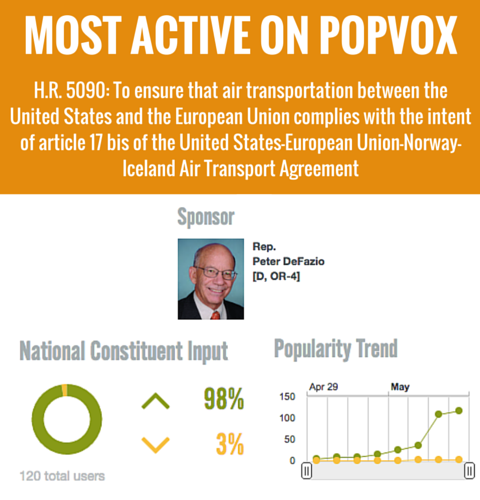 
On Monday, Puerto Rico defaulted on $422M debt payment, the largest so far by the island. Puerto Rican Gov. Alejandro García Padilla said the territory will be unable to make a $800M payment due July 1, saying Congress needs to restructure the island's debt or the U.S. territory will need a bailout.

Puerto Rico owes investors about $70B in total, compounding from a decade of economic stagnation and population decline. The island first defaulted on debt in August, but this is the first default by the Government Development Bank, which provides liquidity to Puerto Rico's government agencies.

Leading bill to address Puerto Rico's debt crisis stalled last month when division emerged over whether the package could be considered a bailout and how best to restructure the island's debt.

Lawmakers are working on a new bill to address the Puerto Rico debt crisis. The new bill would contain new language clarifying existing legal and constitutional prioritization of Puerto Rico's creditors, and the fiscal oversight board's role in preserving that lineup. Rep. Sean Duffy [R, WI-7] is expected to remain the bill's lead sponsor, and the bill is expected to be released next Wednesday under a new bill number.

Rulemaking happens after a bill becomes a law, as the Legislative Branch passes the policy over to the Executive Branch to be put into action, and agencies work to develop policies and practices for implementing laws. This process is important and frequently misunderstood. While rulemaking happens every year, it inevitably accelerates in the final year of a presidential term, as the administration finishes up its work.

We at POPVOX will be sharing more about the rulemaking process and pending rules and regulations over the coming weeks and months.

Contact us for more information about
POPVOX tools for public comments to agencies.


CMS: New Payment System for Doctors: After legislation passed in early 2015 to eliminate the “doc fix” / Sustainable Growth Rate (SGR) payment structure under Medicare, the Centers for Medicare and Medicaid Services (CMS) has been working on rules to implement the new system under the new Medicare Access and CHIP Reauthorization Act (MACRA). The new rule was released this week. (See: Brookings, National Law Review, Health Affairs)

SSA: Sharing Federal Data Among Agencies for Gun Background Checks: President Obama indicated in January that agencies would work to better coordinate on ways to prevent gun violence. A new proposed rule from the Social Security Administration would provide records to the Attorney General for inclusion in the National Instant Criminal Background Check System (NICS) of people who receive benefits based on a finding of “mental disorder.”

DHS-USCIS: Changing Immigration Fees: A proposed rule from the Customs and Immigration Service would change fees charged to those filing immigration forms: increasing fees by an average of 21% but allowing for a reduced fee for those under 200% of the federal poverty guidelines. “USCIS conducted a comprehensive fee study, refining its cost accounting process, and determining that current fees do not recover the full costs of the services it provides. Adjustment to the fee schedule is necessary to fully recover costs and maintain adequate service.”

OMB: “Banning the Box” on Federal Job Applications: A proposed rule would prohibit federal agencies from asking about credit or criminal history until a conditional offer of employment has been made.


Partially in response to the widespread international tax evasion through shell companies shown in the Panama Papers, the Treasury Department is accelerating efforts to stem tax fraud:

Editor Follow
« GAVEL DOWN: Closing out the Week in Congress
WEEKLY UPDATE: The Week Ahead in Congress »