It was another week of "dealing" between President Trump and Congressional Democrats, as they reached agreement on the outlines of a DACA deal.

The House passed its spending bills, notably before the end of the fiscal year. Senate wrapped up its work on the Defense policy bill (NDAA), with vote coming next week.

With the House out this week, all focus will be on the Senate and its multiple tracks on health care, including a last-ditch effort to repeal and replace Obamacare (Graham-Cassidy), a bipartisan attempt to shore up insurance markets before plans are announced for 2018. Senate Democrats introduced a "Medicare for All" bill.

Catching both parties off-guard late Wednesday night, Congressional Democrats announced that they reached agreement with President Trump that would allow DREAMers to stay in the country in exchange for tougher border enforcement provisions but not including funding for the border wall.

Of course, any agreement must be put into legislative language and brought to a vote by the Republican leaders of the House and Senate. "Many rank-and-file Republicans indicated that they are open to whatever the president supports, particularly if it includes stronger border controls and interior enforcement," though some were "fuming."

In multiple play-by-play reports of how the agreement came together, personal chemistry and a desire to “put some runs on the board” appear to factor into the president's new bipartisan kick. "Bewildered" and "perplexed," Washington is still not sure what to make of the turn to bipartisanship, though a new poll found that 66% of voters feel it is good for the country.


For the first time since 2009, the House passed its twelve spending bills – $1.2 trillion in discretionary  – before the beginning of the fiscal year, though none of the bills are expected to be considered by the Senate because they would not survive the filibuster. Current spending authority has been extended until December 8, by which Congress will likely wrap modified versions of the bills into one large "Omnibus" package.

HOW YOUR REP VOTED 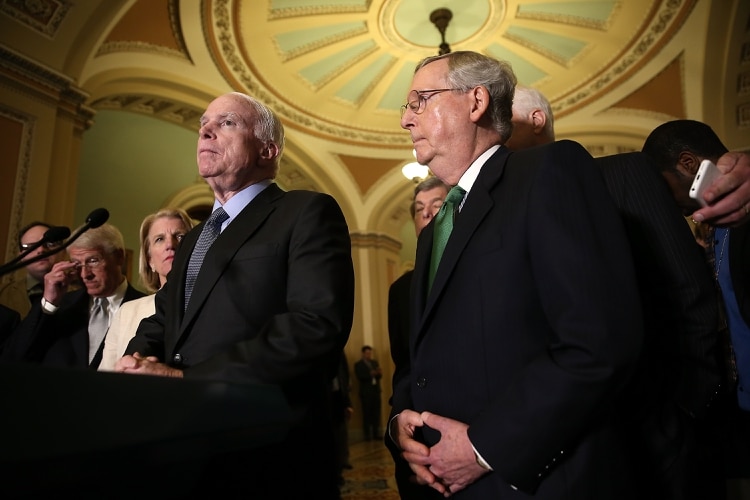 On Thursday the Senate voted 84-9, to invoke cloture and end debate on the $700 billion National Defense Authorization Act (NDAA), setting up a Monday vote. The Senate has voted on many amendments as a part of the NDAA debate.

The Senate Health, Education, Labor, and Pensions (HELP) Committee is working on a bipartisan bill to stabilize insurance markets before a September 27 deadline for health insurers to submit their plans for 2018. Chairman Alexander [R, TN] said three themes emerged from four recent hearings:

The last point is a sticking point for Democrats, who want to make sure "essential benefit" requirements stay in place and want to see a federal reinsurance fund. Bill language is expected on Monday or Tuesday. 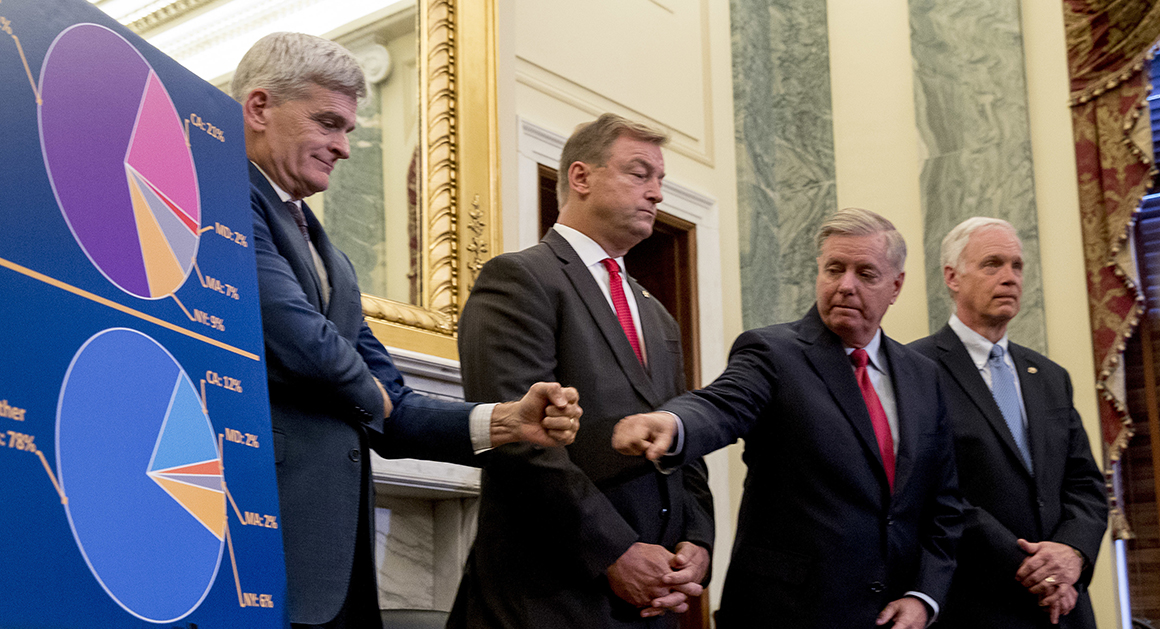 A separate Republican health care effort is being led by Sens. Cassidy [R, LA] and Graham [R, SC] with the last chance for some form of an Obamacare "repeal and replace" plan before the current reconciliation process ends on September 30.

Cassidy says he has secured "48-49" Republican votes, though fifty will be needed to pass the bill (with VP Pence casting a tie-breaking vote). Sens. Murkowski [R, AK] and Collins [R, ME], who opposed the "skinny repeal" bill in July are likely nays on Graham-Cassidy, allowing for no further Republican defectors. That likely leaves the fate of the bill in the hands of Sens. Paul [R, KY] and McCain [R, AZ].

The Congressional Budget Office is still scoring the bill to determine what its impacts would be on costs and the number of people uninsured. The Cassidy-Graham bill (text) is written as an amendment, to H.R. 1628, the American Health Care Act, which passed the House in May. 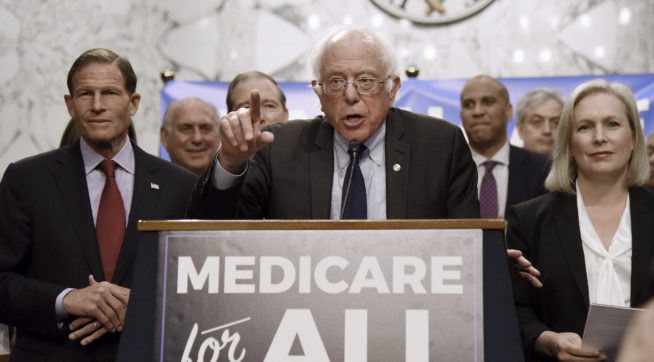 This past week, Sen. Sanders [I, ME] and fifteen Democrats introduced a "Medicare for All" bill (S. 1804). While the bill has no chance of passing in the Republican-led 115th Congress, it will no doubt attract discussion.

On Monday afternoon, the Senate will vote on cloture (to end debate) and take a final vote on the H.R. 2810, the National Defense Authorization Act (#NDAA18).

For the rest of the week, the Senate will consider several nominations and may take up health care bills, including:

The House is out for a district work period.