Big week across the country… 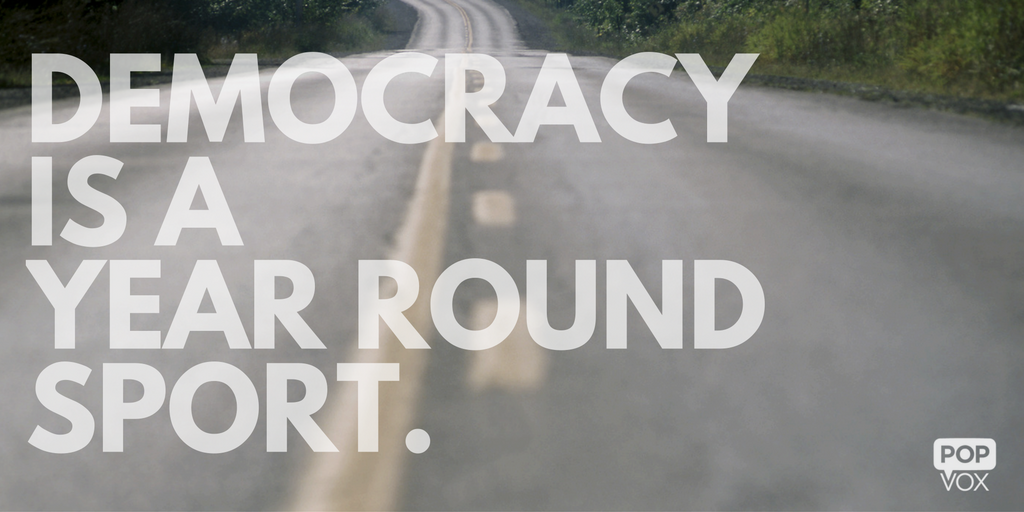 What do we now, together…


It's been a whirlwind week and whether you're celebratory or disheartened, it's time to talk about what this all means. Our leaders are responsible and accountable to their constituents (that's you!) regardless of party affiliation or whether we voted for or against the ones who will serve in the 115th Congress and executive office.

You are part of the checks and balances system that ensures our leaders are held accountable. What can you do? Pay attention and participate!

Our mission at POPVOX is to provide tools to help you engage with government. We work to connect people and government, empower effective participation, and create a transparent record that influences policy-making and fosters accountable, responsive governing.

Read more from our CEO, Marci Harris, and send us any questions you may have about government, procedure, and legislation. Let us know how we can better support you as you engage with YOUR government!


This week, Donald Trump was elected the 45th President of the United States. Republicans maintained the majority in both the House and Senate, and members will return next week to round out the end of the 114th Congress.

Lots of folks were in Washington as POTUS met with POTUS-elect, FLOTUS met with FLOTUS-elect, and VP met with VP-elect. Following meetings at the White House, Donald Trump and Mike Pence headed to Capitol Hill to meet with Speaker Ryan and Senate Majority Leader Mitch McConnell. They discussed top priorities such as using reconciliation to repeal Obamacare and passing major tax-overhaul legislation in the first 100 days. President-elect Donald Trump underscored his top three priorities: immigration, health care, and jobs.

Outside of the presidential and congressional elections this week, lots happened at the state level. Here are some election takeaways you may have missed:

This is just a glimpse, and it's important to dig into the results of your state's ballot initiatives. Start connecting with your state lawmakers! Sign up now to be notified when we launch in your state and receive insights about your state's legislature and upcoming legislation. 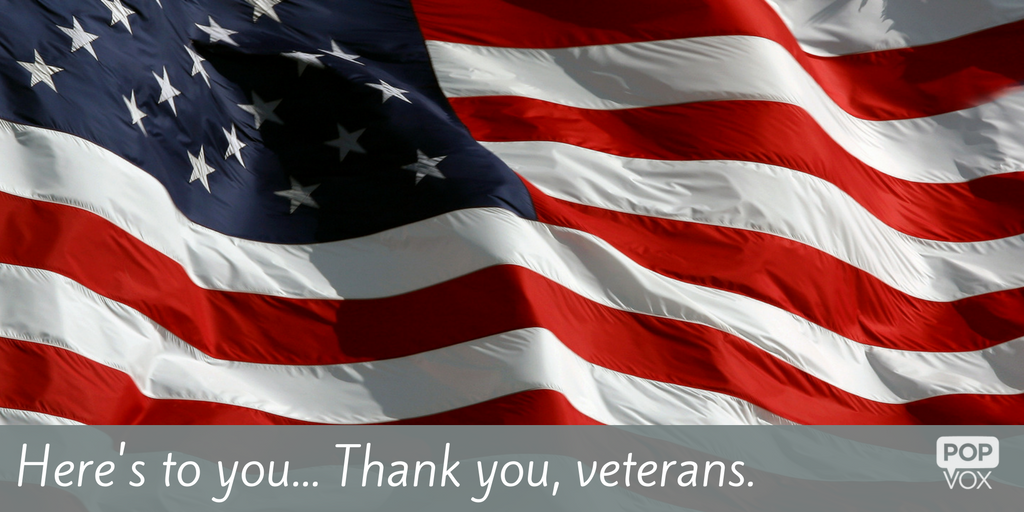 On this Veterans Day, we remind you to thank veterans today and every day for their tremendous sacrifices to this country.


Congress will soon resume work on this year's annual defense bill. The National Defense Authorization Act (NDAA) sets the budget and expenditure for the Department of Defense each year. Coupled with defense appropriations bills, it is how Congress oversees the defense budget.

A provision in the House version to prohibit discrimination by federal contractors has proven controversial. Learn more about the provision, and compare and contrast with the Senate version. Use POPVOX to let YOUR lawmakers know what you think!

Infrastructure measures stole the spotlight in elections across the country


One thing voters across the country seemed to agree on this election? Improving America's infrastructure. President-elect Donald Trump has proposed nearly $1 trillion in new infrastructure investments, and this week Congressional Republicans and Democrats agreed to work on the issue together in the 115th Congress.

So what all does "infrastructure" entail? Well it's a lot of things, from highways and transport to water systems and airports, the electric grid and broadband, rail and bridges. Tune in to our infrastructure issue hub to keep up-to-date on new legislation.

Congress is back home working, and we're sending a recess version of Gavel Down — full of how current events relate to Congressional happenings, as well as updates on major legislation. Reminder that next week Congress returns to session, and we'll be sending our usual Weekly Update on Mondays and Gavel Down on Fridays. Here's a sneak peek on what legislation is getting called up next week. Start letting your lawmakers know what you think! Please keep in mind that highlighting a bill does not imply POPVOX endorsement in any way. As always, our goal is to offer one more way to help you stay informed about the complex U.S. legislative system.