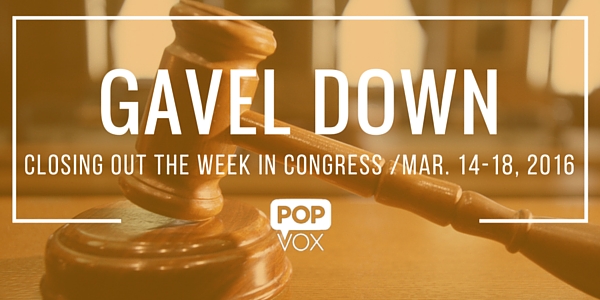 The President announced a Supreme Court nominee and found common ground with the House in calling actions by ISIS "genocide." The House Budget Committee approved a proposal. The Senate failed to advance an GMO labeling bill. 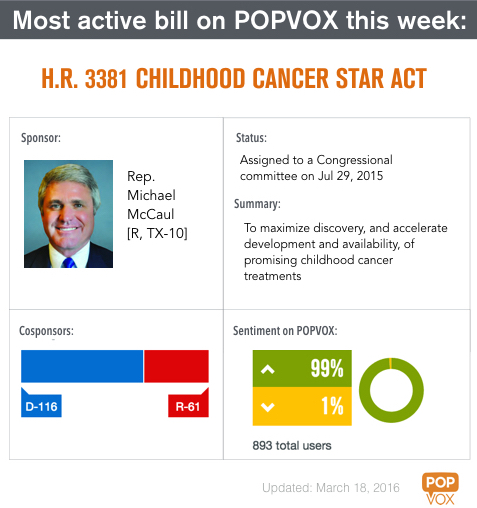 President Obama nominated Merrick B. Garland to the Supreme Court

This week, President Obama announced that the Honorable Merrick Brian Garland is his pick to fill the vacant seat on the U.S. Supreme Court, a lifetime appointment requiring confirmation by the Senate. The President noted Judge Garland's career as a federal prosecutor, in which he notably led the investigation of the Oklahoma City bombing. President Obama also reference the bipartisan praise Judge Garland received during the confirmation process for his current position on the United States Court of Appeals for the District of Columbia Circuit (often called the nation's "second highest court") where Judge Garland is Chief Judge.

On Thursday, Judge Garland visited Capitol Hill to talk with Senators, despite the fact that Majority Leader Mitch McConnell and Judiciary Chairman Chuck Grassley have indicated that there would be no hearings or votes on the President's choice. Senate Leadership also sought to tamp down rumors that a confirmation vote could come in a post-election "lame duck" session of Congress. Several Senate Republicans broke with GOP leadership and said they'd be willing to meet with Supreme Court nominee Merrick Garland and take a confirmation vote.

Tell your senators what you think about the nomination

This week the House and the Obama Administration both officially determined that actions by ISIS/ISIL/Daesh are "genocide." The determination by the State Department was prompted by a Congressionally-set deadline in last year's Omnibus bill. The House resolution (H.Con.Res. 75) passed unanimously.

In addition, the House passed a resolution (H.Con.Res.121) calling the actions of the government of Syria and other parties to the Syrian conflict "gross violations of international law amounting to war crimes and crimes against humanity," and calling on the Administration to encourage the United Nations to set up an international tribunal to prosecute these crimes.

A "war crime" is an act that violates the international law of war, for which and individual can be held criminally responsible. These crimes are defined in the statute that established the International Criminal Court, such as: willful killing, or causing great suffering or serious injury to body or health, torture or inhumane treatment.

The United States is not a participant in the International Criminal Court (ICC), limited by the 2002 American Service-Members’ Protection Act  President Bill Clinton signed the Treaty of Rome establishing the ICC, but the treaty has not been ratified by Congress.

Senate did not take up GMO labeling bill

The Senate voted 48-49, deciding not to take up a bill that would establish nationwide labeling standards for genetically modified foods. The procedural vote required 60 votes in order to proceed with the bill. The bill was in response to states recently passing their own GMO labeling laws, in particular that of Vermont. If passed, this bill would have supplanted state and local GMO labeling standards.

Lawmakers laid out two separate reasons for voting to see the bill pass or fail:
1. Whether genetically modified foods should be labeled
2. Whether states should be able to make those decisions 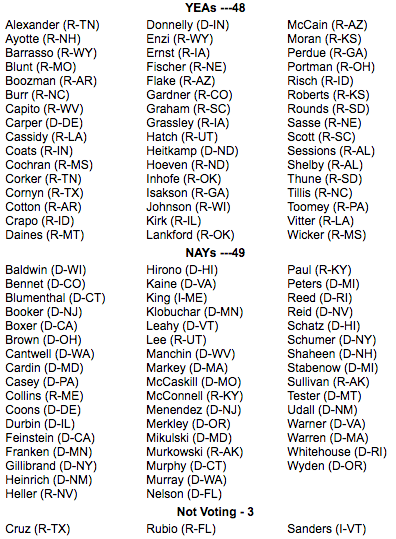 Catch up: Legislation related to GMOs has surfaced at the state and federal level. House passed its own GMO labeling bill last July in 275-150 vote. The bill would create voluntary federal labeling standards, pre-empting states from passing their own mandatory labeling laws for genetically modified foods. In 2014, Vermont Gov. Peter Shumlin signed a bill into law that would make Vermont the first state to require the labeling of genetically modified organisms (GMOs). The state has spent two years implementing the law, and it's set to go into effect on July 1. Connecticut and Maine have passed similar labeling laws, but the provisions do not go into effect unless bordering states adopt similar labeling requirements. Last year lawmakers in 27 states introduced 101 bills related to genetically modified organisms.

House Budget Committee released and approved fiscal year 2017 budget proposal. The plan aims to balance the budget within 10 years without raising taxes. It provides $1.07T in discretionary spending and proposes cuts to non-discretionary spending and entitlement programs — cutting $7T from the national deficit over the next decade, the sharpest cuts ever proposed by the committee. The resolution also includes provisions related to defense, healthcare, and taxes.

House Budget Committee held 9 hour markup, with several lawmakers going hoarse and one losing her voice. Democrats offered up 29 amendments, involving immigration reform, prescription drug prices, and equal pay. Every amendment failed, including one proposed by Rep. Debbie Dingell [D, MI-12] that would have designated $457.5M in emergency funding for Flint and required Michigan to match the federal funds. The budget advanced 20-16, with Democrats voting against and all but one Republican voting for the measure.

The budget could see the floor next week, but passage is difficult. Members of the House Freedom Caucus oppose the budget, and some Republicans voted to advance the budget but said they would oppose it on the floor.

The House passed a short-term bill to extend funding for the FAA until July 15 (with some provisions extended until March 2017). With FAA funding set to expire on March 31, the bill now goes to the Senate, where it is expected to pass.

The short-term extension will allow the House and Senate to work on a larger compromise. The Senate Commerce Committee passed its FAA reauthorization bill unanimously, with provision for enhanced screening of pilots with possible mental health issues. The committee moved through dozens of proposed amendments and passed more than 50 en bloc at the beginning of the markup. 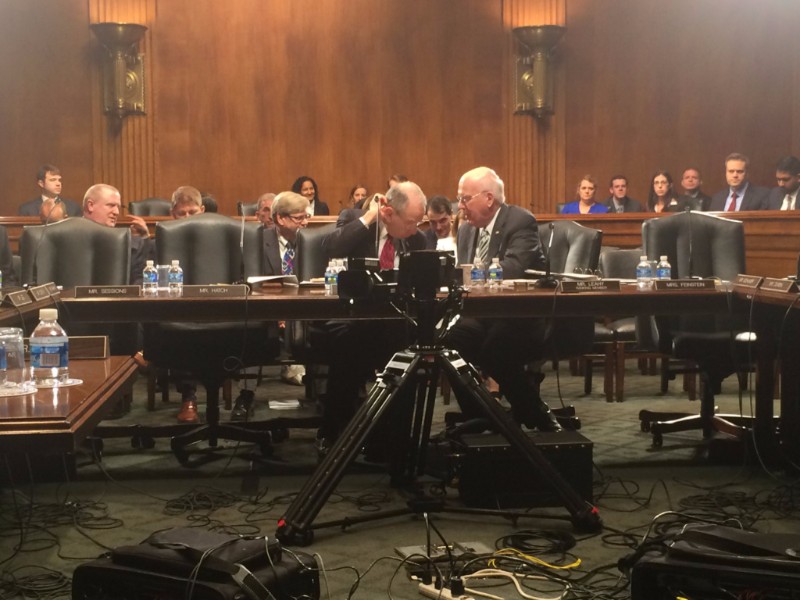