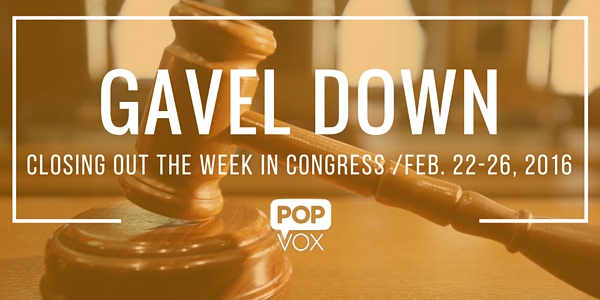 
Most Active Bill on POPVOX this week: 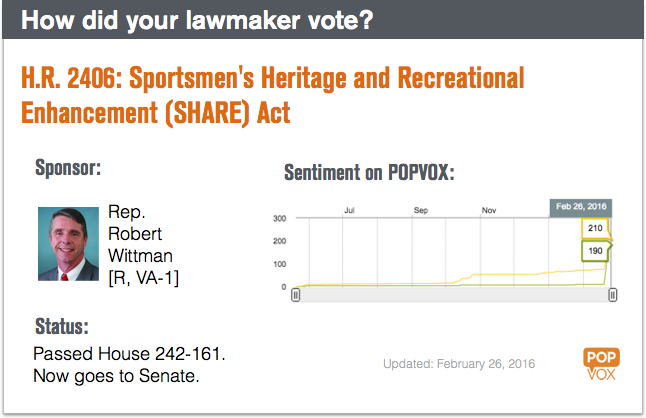 On Friday afternoon, the House passed the Sportsmen's Heritage and Recreational Enhancement (SHARE) Act (H.R. 2406) by a vote of 242-161. As we noted, the bill combined several smaller bills related to hunting, wildlife, and public lands.

According to the Congressional Budget Office:

The bill now heads to the Senate.


The bipartisan Senate Energy bill (S. 2012) has been stalled by Democratic Senators demanding consideration of an aid package for Flint, Michigan. This week, a proposed compromise emerged that would make $100 million available to Flint from the Drinking Water State Revolving Fund (pending approval of state plan), $70 million from the Water Infrastructure Finance and Innovation Act fund, and $50 million for health services, including a health registry, advisory committee, and a childhood lead poisoning prevention program.

The Flint proposal would get a vote as an amendment to Rep. Dan Kildee's bill, the Safe Drinking Water Compliance Awareness Act (H.R. 4470), which would require notice to the public if the EPA finds unsafe water levels.

If Senators accept the deal and agree to "unanimous consent" to expedite the Energy bill, there will be "30 voice vote amendments and eight amendments for a roll call vote… and no amendments to the Flint provisions." (Roll Call reports.)


First up, the customs bill, which included the following provisions:

The Senate passed the customs and trade enforcement bill 75-20. The bill stalled over back and forth regarding an Internet tax ban. In order to secure the ban on Internet access taxes, Senate Majority Leader Mitch McConnell pledged to bring the Marketplace Fairness Act (S. 698), which would allow any state to require sales tax collection by online out-of-state retailers, to the floor at some point this year.

Next up, the Judicial Redress Act. The bill focused on data and privacy protections and was introduced in response to European Court of Justice decision, which found that EU citizens' privacy rights were not sufficiently protected when a U.S. tech company kept data about those citizens on servers within the U.S.

Debate centered on Edward Snowden revelations that the NSA was accessing foreigners' personal information in the databases of 9 internet firms, including Facebook and Google. The data transfers had previously been allowed under a "safe harbor" agreement that was invalidated by the court.

The bill originated in the House and passed in October. The Senate passed an amended version, so the bill returned to the House to resolve differences before heading to the President's desk. The bill grants citizens of certain countries (as determined by the Department of Justice) the same rights that U.S. citizens have to seek redress in court if their personal information is improperly handled.

The bill was once perceived as a "must have" in order to reach a safe harbor agreement before deadline, but a transatlantic data pact was negotiated before the bill's passage.


With funding the Federal Aviation Administration (FAA) set to expire March 31, the House Transportation Committee was working to advance an ambitious plan to reauthorize funding and reform the agency with a six-year bill (H.R. 4441). The legislation that passed committee contained a controversial provision to spin off air traffic control services into a private not-for-profit “ATC Corporation” administered by an independent board of directors.

That initiative has met with resistance, leading House Leadership to pursue a short-term extension. In the meantime, the Senate is working on a reauthorization bill that does not include the privatization provision. 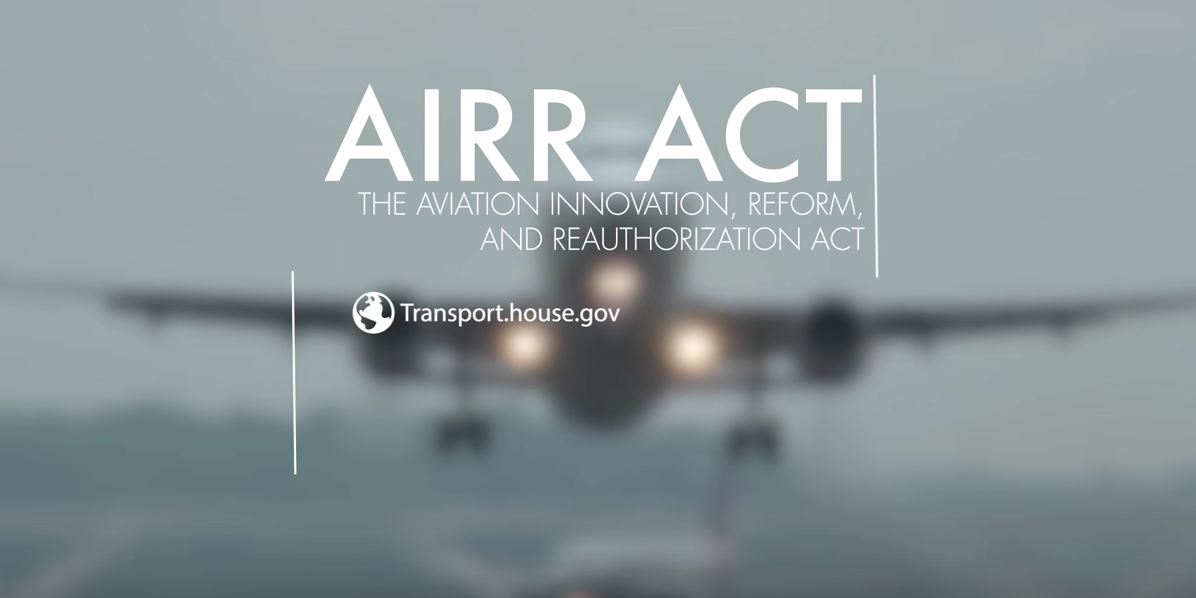 
The question of whether the FBI can compel Apple to assist the FBI in accessing the phone of the San Bernardino shooter continues to garner debate in Washington. As Bloomberg notes, "The only question is whether it will be Congress or the U.S. Supreme Court that breaks the impasse."

For its part, Congress is stepping up to explore the topic, with a House Judiciary Committee hearing scheduled for March 1, featuring FBI Director James Comey, General Counsel for Apple, and Manhattan District Attorney. The House Energy and Commerce Committee has also invited Apple's CEO and the FBI Director to testify.

The House Judiciary committee will vote next month on email privacy bill (H.R. 699) from Rep. Kevin Yoder [R, KS-3], which would update the Electronic Communications Privacy Act, which allows government agents to read emails without a warrant if the emails are at least six months old. With 310 cosponsors, the bill is the most popular piece of legislation that has yet to receive a vote in the House.

In the Senate, Richard Burr and Dianne Feinstein are reportedly working on a bill that would make it a crime for a company to refuse government orders for access to encrypted data.

FBI Director James Comey told the House Intelligence Committee that the case would be instructive for other courts seeking to address similar issues in a variety of cases. Reports emerged this week that Apple is working on even stronger encryption technology.


The country's opioid epidemic continues to garner attention on the Hill. This week, 5 Senators sent a letter to the FDA calling for opioid risk management strategies. President Obama met with the nation's governors this week and discussed various strategies to combat prescription drug abuse. Several governors suggested a limit on how many painkillers a doctor can prescribe at a single time, but President Obama said a limit can't be implemented without a plan on how to help people in pain.

Senate Majority Leader Mitch McConnell said Senate will soon move forward with opioid bill. Senate Judiciary unanimously advanced the legislation, with many Democrats still pushing for more funding. The bill devotes money to addiction programs but does not include actual money (an appropriations bill would be necessary to provide actual funds).

The Comprehensive Addiction and Recovery Act (CARA) would be the most expansive federal, bipartisan legislation to date for addiction support services.

The bill includes provisions to:

S. 2423 A BILL MAKING APPROPRIATIONS TO ADDRESS THE HEROIN AND OPIOID DRUG ABUSE EPIDEMIC FOR THE FISCAL YEAR ENDING SEPTEMBER 30, 2016, AND FOR OTHER PURPOSES
Sponsor: Sen. Jeanne Shaheen [D, NH]

Survey:
Tell us about your state and what you want to see out of POPVOX/States

"About half of retiring senators and a third of retiring House members register as lobbyists" by Lee Drutman, Vox

Editor Follow
« WEEKLY UPDATE: The Week Ahead in Congress
Announcing Something New on POPVOX »