This week, President Trump took control of the policy agenda in a series of moves that surprised both parties on Capitol Hill.

A deal reached with Congressional Democrats avoided a government shutdown, temporarily raised the debt ceiling, and provided funding for the federal response to Hurricane Harvey. The administration announced a six-month end to DACA – the Obama-era program for "DREAMers" brought to the U.S. as children with no path to legal citizenship within six months – putting pressure on Congress to act. The president made clear that he expects the focus of the next three months to turn to tax reform, though the Senate appears to be close on an agreement for a modest and bipartisan health care fix.

Though the threats of default and shutdown are now postponed until December, large challenges still loom – including North Korea's nuclear saber-rattling, epic wildfires raging on the west coast, large areas of Texas and Louisiana still under water, and Hurricane Irma on a path to Florida, with Hurricane Jose in her wake. 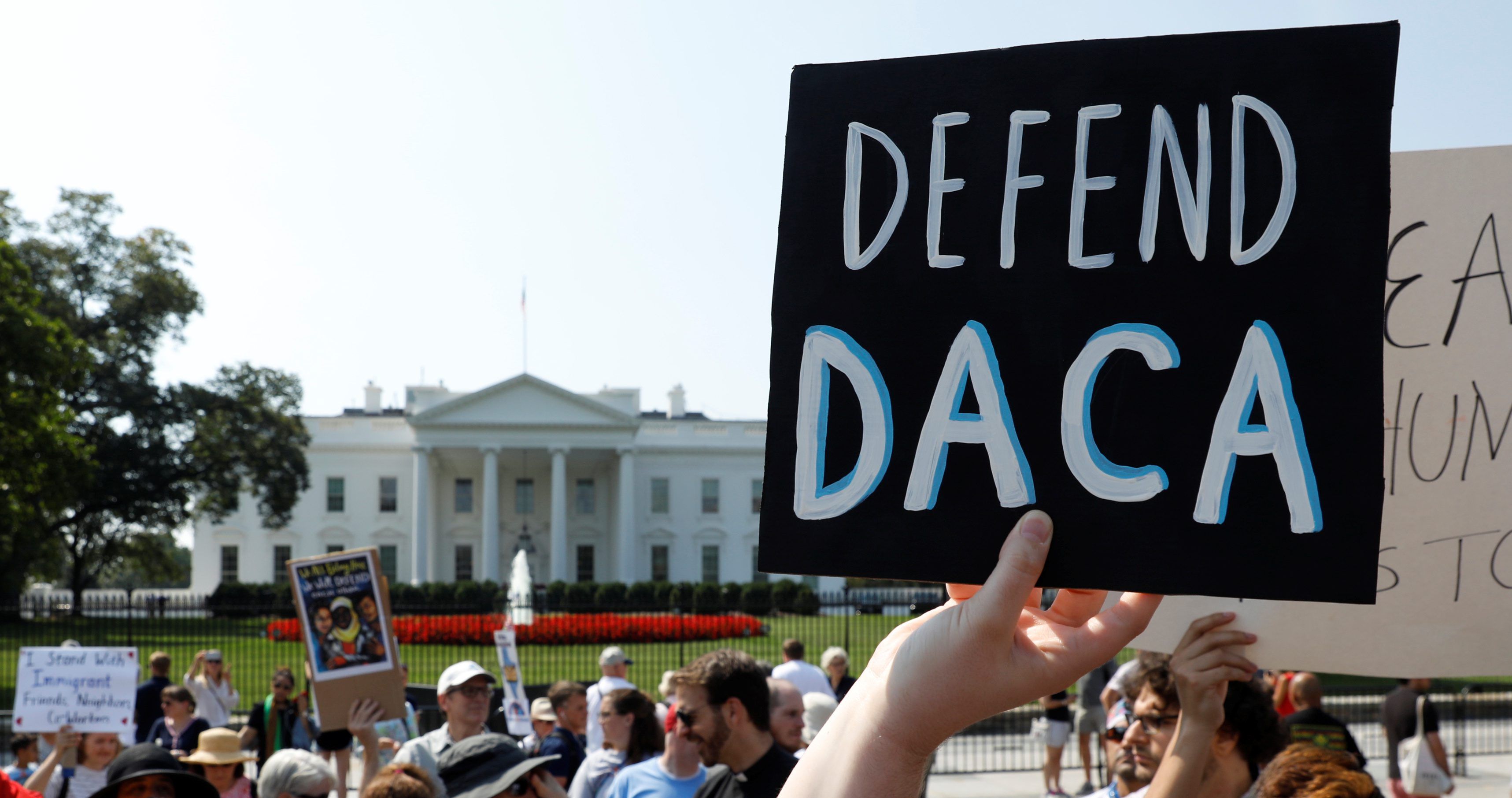 On Tuesday Attorney General Sessions announced that the administration will end the Deferred Action for Childhood Arrivals (DACA) program protecting “DREAMers” from deportation. The term "DREAMer" comes from the original DREAM Act "Development, Relief, and Education for Alien Minors Act", introduced by Sen. Durbin [D, IL] in 2001. In 2010, the DREAM Act passed the House and failed cloture in 55-41 Senate vote – with three Republicans voting yes, five Democrats voting no, and one Dem (Sen. Manchin [D, WV]) absent. The politics have changed significantly since then.

The policy change was announced with a six-month delay, giving Congress time to act with a legislative solution. The Trump administration faced a deadline from ten states that threatened to sue over the program if not rescinded by September 5 (Tennessee pulled out of the effort last week).

Several bipartisan bills to protect DREAMers have been introduced, including: 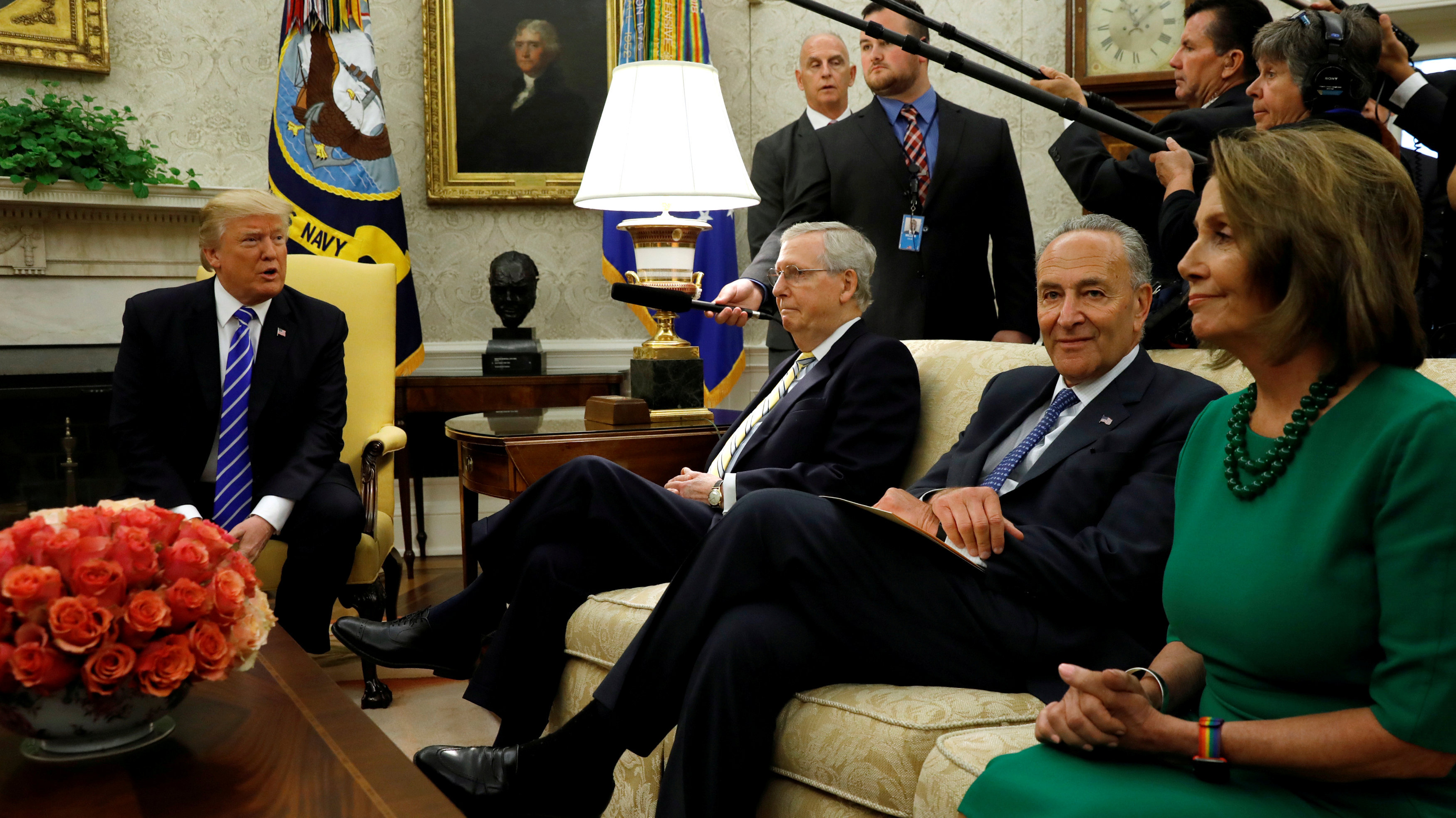 President Trump surprised lawmakers by endorsing a deal with Democratic leadership for a 3-month "continuing resolution" spending bill, debt ceiling raise, and $15 billion in funding for Hurricane Harvey recovery. In the “fascinating and mysterious” move, he rejected the path preferred by Republicans to stave off the debt ceiling for another 12 or 18 months.

The deal passed the Senate 80-17 and passed the House 316-90 (all voting "no" were Republicans) and was signed into law on Friday. 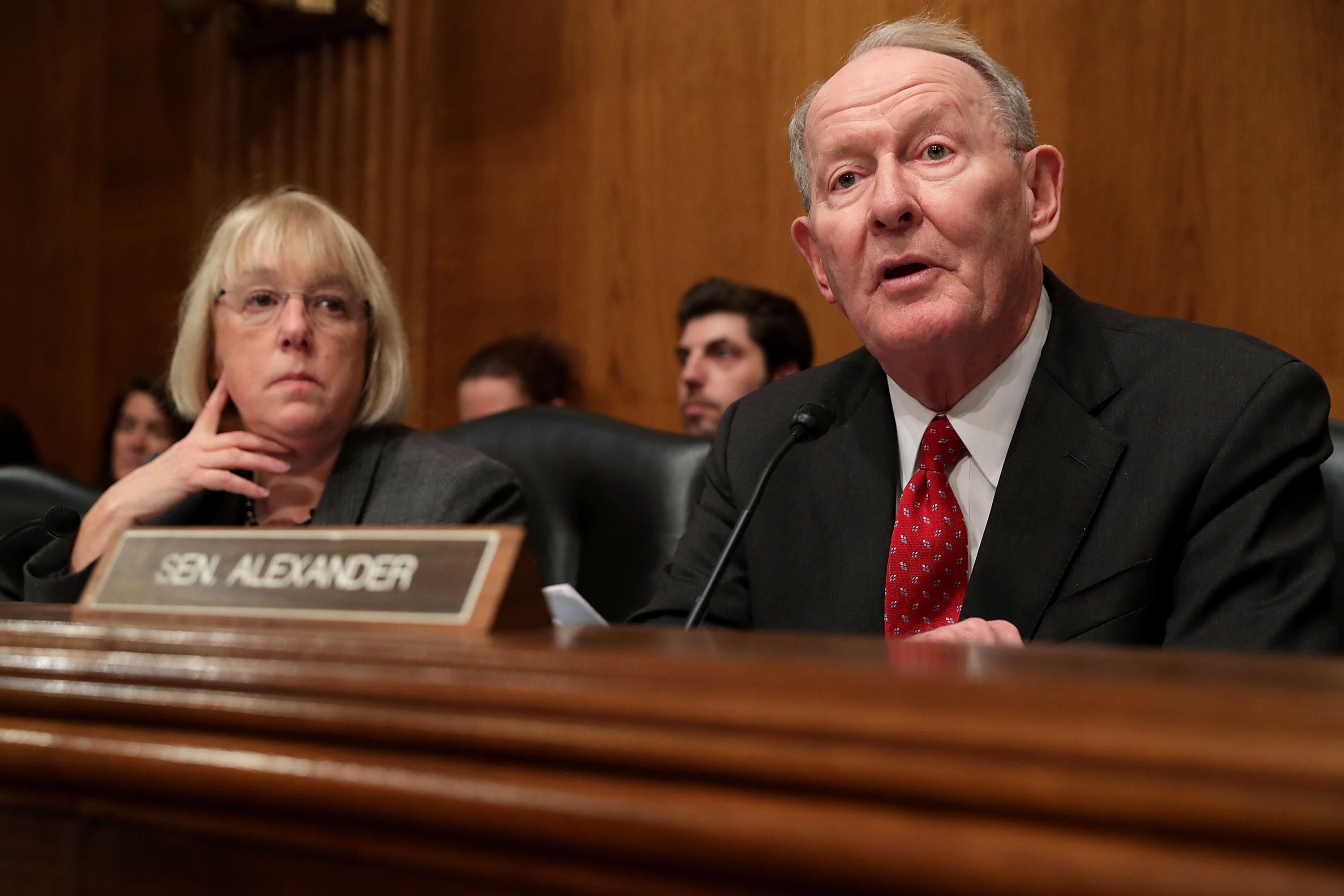 The Senate Health Education and Labor (HELP) Committee is working against the clock to produce a bipartisan bill to stabilize the insurance market before the September 27 deadline for insurers to file their 2018 plans. In a series of hearings, the committee heard from governors and insurance commissioners.

On Thursday, Donald Trump Jr. met for over four hours with the Senate Judiciary Committee behind closed doors, reportedly telling the committee he did not tell his father about his Trump Tower meeting with a Russian lawyer, Natalia Veselnitskaya. (Read his prepared testimony).

Following the meeting, Sen. Coons [D, DE] sent out a reminder of the statute that makes it a crime to lie to Congress.

The Senate will resume work on H.R.2810, the National Defense Authorization Act (NDAA).

According to the Senate Armed Services Committee, the bill:

authorizes a base defense budget of $632 billion for the Department of Defense and the national security programs of the Department of Energy. Together with the administration’s request of $8 billion for other defense activities, the NDAA contributes to a total of $640 billion in national defense discretionary spending. The bill also authorizes $60 billion for Overseas Contingency Operations (OCO). In sum, the NDAA supports a national defense topline of $700 billion.

The House will continue work on the "Minibus" multi-agency spending bill. Lawmakers worked through most of the 224 amendments last week.


The House will also vote on a bill that makes it easier to deport or prevent entry of individuals suspected of being gang members.

The bill defines “criminal gang” as an ongoing group or association of five or more persons involved in certain criminal offenses and prevents individuals designated as belonging to a criminal gang from entering the U.S. and receiving immigrations benefits, such as asylum, and help remove those present in the U.S.


Also in the House: