The House passed the American Health Care Act, moving the action on health care to the Senate. Congress passed the Omnibus spending bill to fund the government through September, with a bipartisan compromise that had both sides claiming a win. 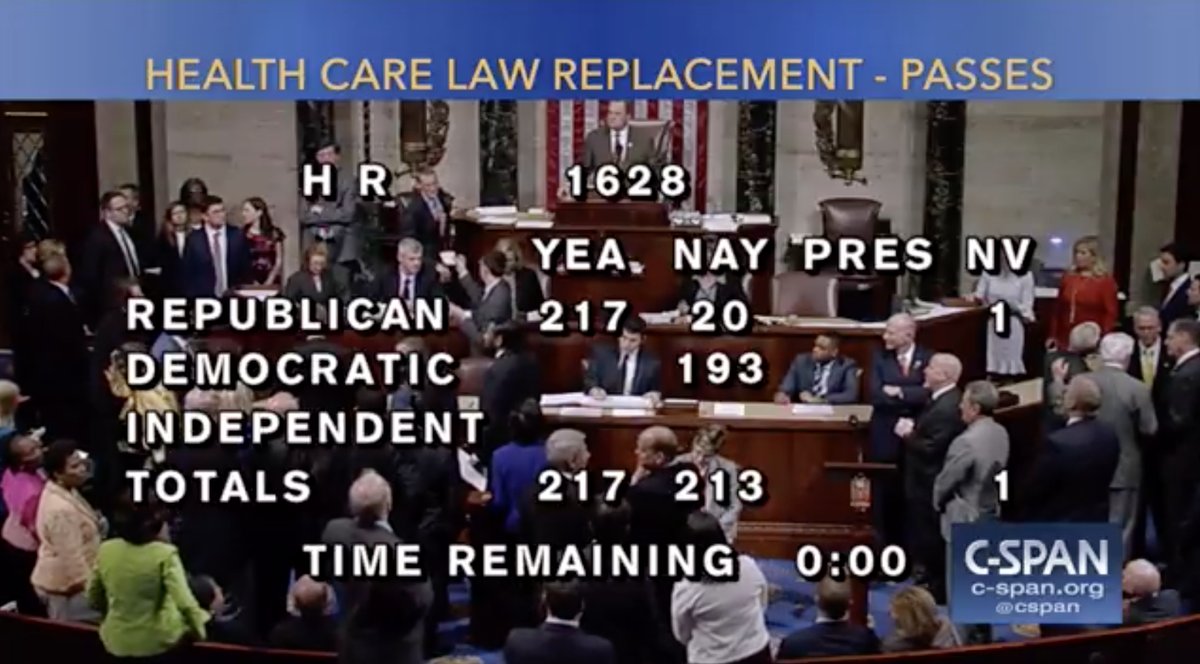 With an additional amendment providing funds for state high-risk pools and some classic DC arm-twisting, the House passed the American Health Care Act by a vote of 217-213 (see how your member voted).

What's in the bill?

*The MacArthur Amendment, which passed as a part of the AHCA allows states to apply for waivers opt out of these guarantees, provided that they have a high-risk pool to cover the people who cannot find coverage in the private market. The Upton Amendment makes $8 billion available to help states fund these high-risk pools.

What happens now?
The bill still has a long way to go. Senators plan to write their own health bill.

The health bill is a reconciliation bill, (crafted in response to the recent budget to "reconcile" existing policies with the budget), which means it only needs a simple majority and is not subject to filibuster. A reconciliation bill is also subject to the "Bryd Rule," meaning it must reduce spending and cannot include "extraneous matters."

Once senator leaders come up with a bill that can pass Byrd Rule muster, it can come up for a vote before the full Senate. And if the Senate bill passes, the House and Senate will work reconcile differences and then the combined bill would have to pass both the House and Senate in the exact same form.


The House and Senate reached an agreement to fund the government through September. The bill passed in both chambers with a remarkably bipartisan vote, passing the House by a vote of 309-118 and passing the Senate 79-18 As with any Omnibus, it was a hodge-podge of priorities.

NOT IN the deal:

#ICYMI: (In Case you Missed It) / Nation

POPVOX sends out a daily email of Congressional happenings and answers your questions about government, legislative procedure, obscure bills, and anything else you throw our way.

Subscribe to What's Up Washington and submit a question for our Q&A.

Editor Follow
« House schedules vote on revised AHCA
Q & A: What health and retirement benefits do Members of Congress get? »