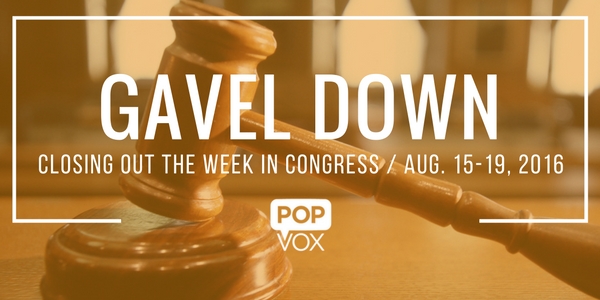 Trans-Pacific Partnership is on the move…

President Obama submitted notice to Congress,
Now's the time to weigh in on TPP


Last Friday, the Obama administration issued formal notice to Congress of intent to sign the Trans-Pacific Partnership (TPP), by submitting a draft statement of administrative action [SAA]. The SAA lays out how the President would implement the TPP if Congress approves the 12-nation trade agreement. This notice kicks off a process of Congressional hearings and negotiations with the White House.

After 30 days has passed, the White House can submit a final SAA along with a bill to approve the agreement, which Congress will give expedited consideration and an up or down vote.

Here's a timeline to catch you up, as well as a brief overview. Learn more from the Congressional Research Service.

Tell your Members of Congress what you think about TPP!


The House Ways and Means Committee will mark up a bill in September to provide tax exemption for Olympic athletes returning home with medals and prizes. Under current law, Olympic prizes are subject to taxes.


Louisiana experienced historic flooding, with some areas receiving three times as much rain as Hurricane Katrina. Thousands of people needed to be rescued and cost estimates put damages at $30M, making this the worst natural disaster since Superstorm Sandy.

Congress is back home working, and we're sending a summer version of Gavel Down — full of how current events relate to Congressional happenings, as well as updates on major legislation. Please keep in mind that highlighting a bill does not imply POPVOX endorsement in any way. As always, our goal is to offer one more way to help you stay informed about the complex U.S. legislative system.​