So Long, and Thanks for All the Fish: Internship Wrap-Up

Way back in late May, I started interning here at POPVOX. It’s hard to believe it, but a whirlwind of 10 weeks has passed, and I’ll be heading home soon. To commemorate a fantastic summer, I’ve put together a list of the top ten things I learned.

1. Navigating the Capitol got easier.

Throwback to my very first blogpost when I had no idea how the tunnels or room numbers worked. After spending the last two months running—literally—all over the Hill, I think I have the layout of the area down pat. Yes, there was that one time where I accidentally snuck into the actual Capitol building through an exit when I was looking for the Capitol Visitor’s Center, but other than that, I’d like to call myself a quasi-expert. 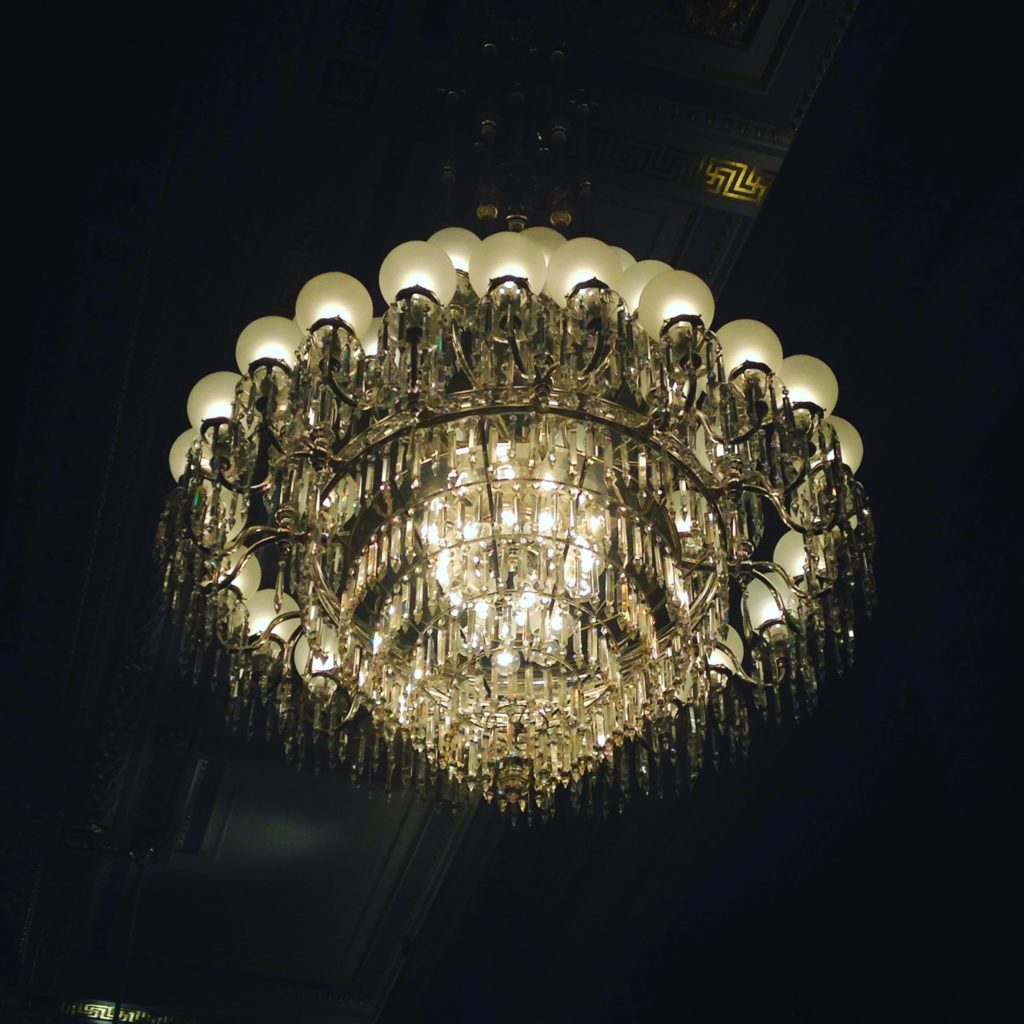 A chandelier in the Kennedy Caucus Room.

Shoutout to every staffer, intern, and lobbyist I saw wearing heels and working the halls of the Hill like a runway. I admire you. However, I haven’t worn heels since my senior prom three years ago, and knowing the amount of walking I would be doing this summer, I opted for a pair of Birks and some comfortable brown flats. It was a smart decision — it made my life a lot easier when I was attempting to speed-walk from Rayburn to Dirksen. I now have a very defined Birkenstock tan, but hey, it’s better than sore feet. 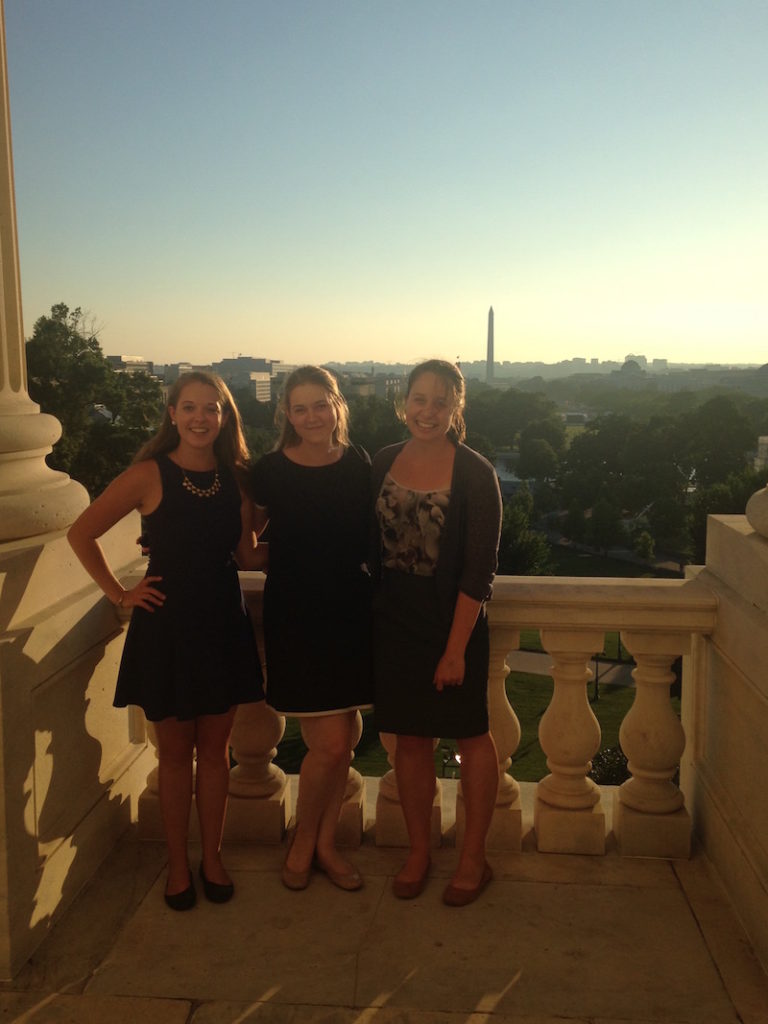 Peep the brown flats (I’m on the far right). And, if you look hard enough, the Birk tan.

3. Being part of a women-led tech team is awesome.

The CEO, CMO, and Digital Strategy Manager (and my supervisor!) of POPVOX, as well as two software engineers and my fellow interns, are all wonderful, intelligent, and vibrant ladies. It has been so exciting to spend a summer with an organization with such incredible gender representation, especially in a male-dominated field like technology. After watching and learning from all of them, I’ll be returning to school with more confidence in my own voice and determination to assert myself without worrying about what others think. 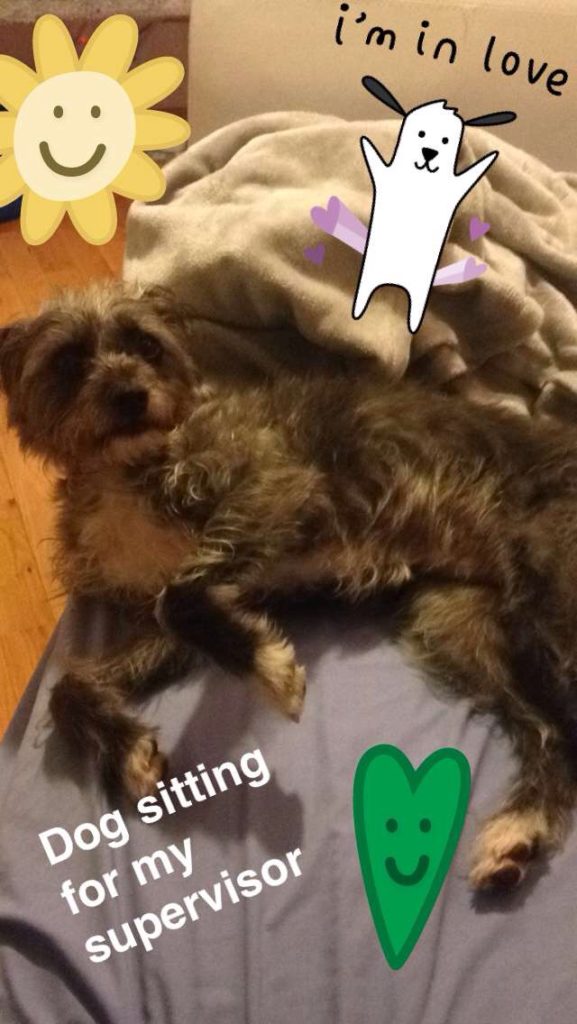 This is my supervisor's dog, Gibbs. She is a strong, independent woman.

4. People-watching is a fun pastime.

Because POPVOX doesn’t have a physical office in DC, the home base for the DC team is the Rayburn cafeteria. Sure, it was difficult to find a seat during lunch rush hours during the week, but the location made it easy to be a fly on the wall during staffers’ and lobbyists’ informational interviews and meetings. It was especially interesting to watch lobbyists and advocates chat with each other, as their passion for their cause is often what sets legislators’ agendas and drives lawmaking on the Hill. It’s easy to think of the Hill as a monolith, but watching the ebb and flow of people in our makeshift office in Rayburn dispelled that myth. In reality, it’s a machine with lots of little moving parts.

5. It helps to learn about technology.

The first week I worked at POPVOX, I hopped on the group call with the entire POPVOX team and listened to them talk about the POPVOX widget that advocacy organizations can use on their own websites. I smiled and nodded, but silently thought to myself, “What on earth is a widget?” Now that I’ve taught myself a bit of CSS and HTML, figured out how to format my blog posts using code, and listened in on tech calls, I’d like to think of myself as a bit more tech-savvy. 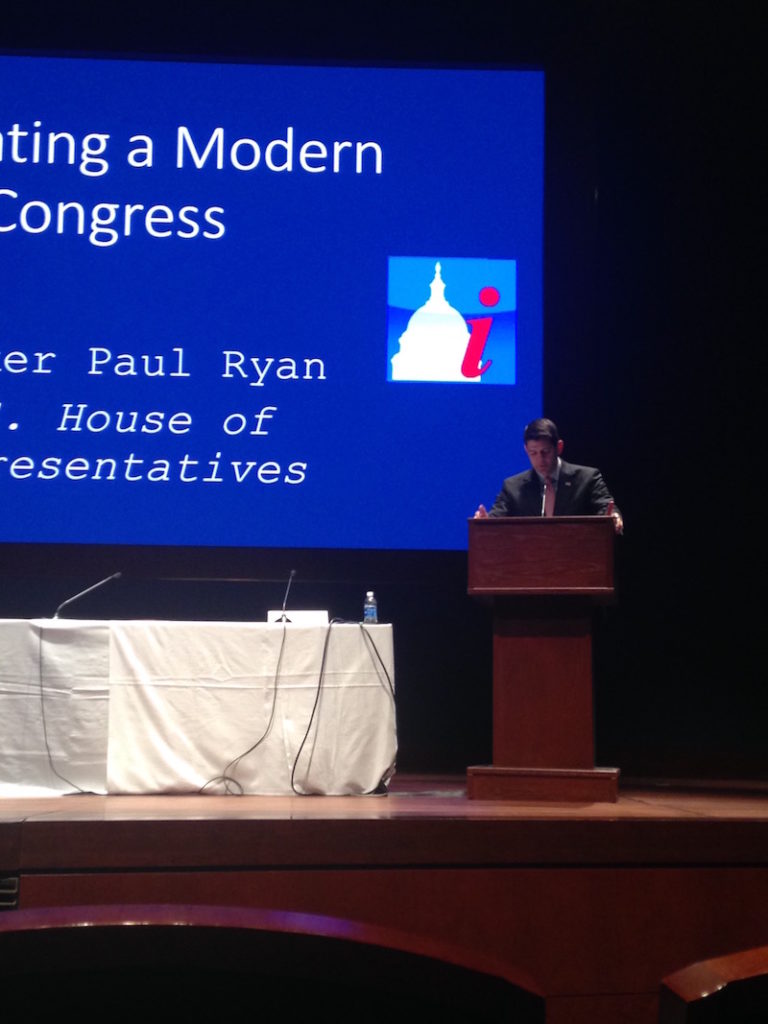 Speaker Paul Ryan gives his remarks at the Legislative Data and Transparency Conference in June.

6. Strange stuff goes down on the Hill.

One of the most bizarre (and honestly, one of my favorite) experiences I had this summer was witnessing a guy dressed up as a mosquito hand out bottles of bug spray to people waiting in line for a Senate Foreign Affairs hearing on the Zika epidemic.

“I’m a mosquito, and I care about your health!” He exclaimed as he handed me a bottle of bug spray.

Although the security guards outside the room seemed confused and a bit annoyed at the disruption, it was a creative way to draw attention to the issue. Plus, it was the last hearing I went to before Congress adjourned for recess — what a way to end my congressional experience. 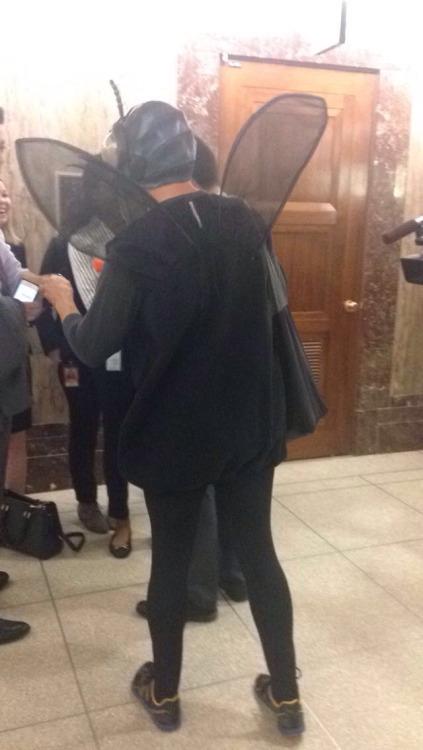 7. Far more preparation and compromise goes into legislation than we realize.

Another interesting experience I got in one of the last hearings I went to was watching the House Energy and Commerce Committee go over a discussion draft of the Advancing Care for Exceptional Kids Act. The hearing was congenial and cooperative, with members from both sides of the aisle sharing ideas, questions, and jokes. It wasn’t the Congress you normally see in a soundbite on the nightly news. Rather, it was a constructive, collaborative atmosphere that was refreshing to see, especially as the election season heats up. 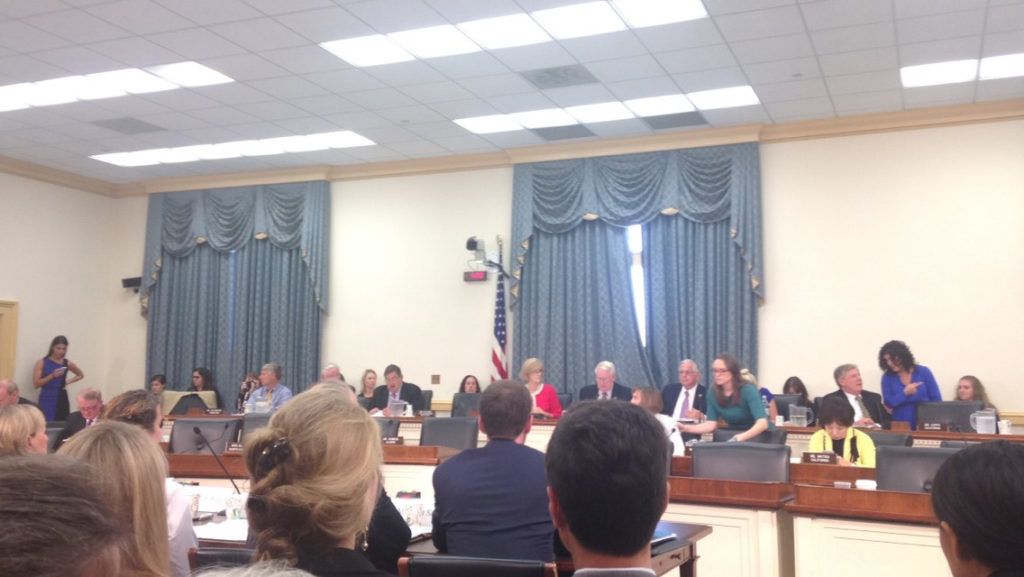 The House Energy and Commerce Committee held a hearing on the ACE Kids Act.

8. C-SPAN is your best friend.

I watched more C-SPAN this summer than I’ve ever watched before. Ironically, one of my favorite C-SPAN experiences happened when C-SPAN couldn’t actually film inside the Capitol: the House Democrats’ 25-hour sit-in to protest current federal gun control laws. Because House rules dictate that C-SPAN can’t film when the chambers aren’t in session, members took to Periscope to broadcast speeches. C-SPAN picked up this feed and began broadcasting it, allowing people across the country to see the event unfold. The video buffered and sometimes cut off altogether, but it was a major improvement to being in the dark. It’s been a staple in Congress for 30 years now, but C-SPAN continues to change and innovate new ways to make the legislature more accessible, which is great for a government nerd like me. 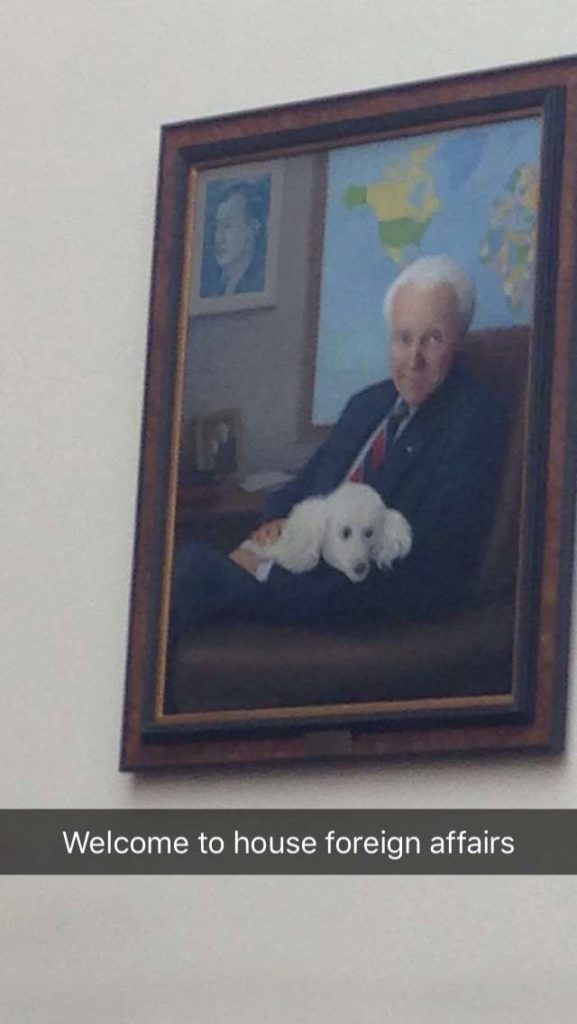 C-SPAN is great, but you wouldn't see this on there.

9. You discover a lot by watching members interact.

One pastime I found enjoyable was arriving at committee rooms early to watch members chat before their hearings or markups began. In a similar way to watching the members discuss the ACE Kids Act, I liked seeing members wander over to each other, shaking hands and cracking jokes before the work started. It reminded me of the awkward four or five minutes before class starts when friends shoot the breeze and mentally prepare to focus for the next hour or so. Further, seeing members at work was also an intriguing experience. While I did bear witness to some passionate outbursts this summer, for the most part, members were cordial with each other. It was also amusing to watch bored or distracted legislators scroll through their phones throughout an entire hearing or markup, only looking up to mumble a “Yea” or “Nay” when necessary. If anything, spending so much time watching and listening to lawmakers humanized them for me. Even though congressional gridlock is higher than it has ever been, the vitriol and partisan grandstanding we see so often on the news were far less common than I expected. 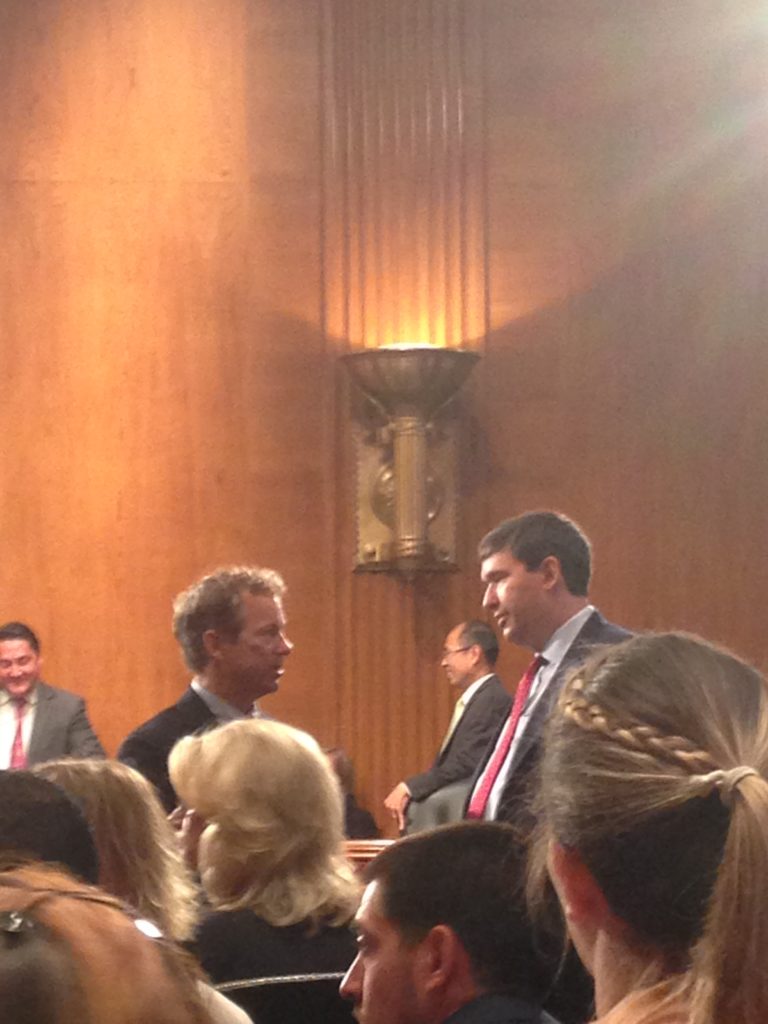 Of course there were frustrating moments during my time here. Getting to a hearing a little late and being unable to snag a seat or finding a congressional website difficult to navigate definitely tested my nerves. Still, it’s important to remember that most people my age don’t have the privilege or opportunity to take a two-month long, unpaid internship in an expensive city like D.C. My advice for D.C. interns? Focus on the things that make you happy. Talk to your fellow interns and your supervisor. Take advantage of the happenings around town. Go to breakfasts, lunch briefings, and receptions. Breathe in the city around you. Go exploring. 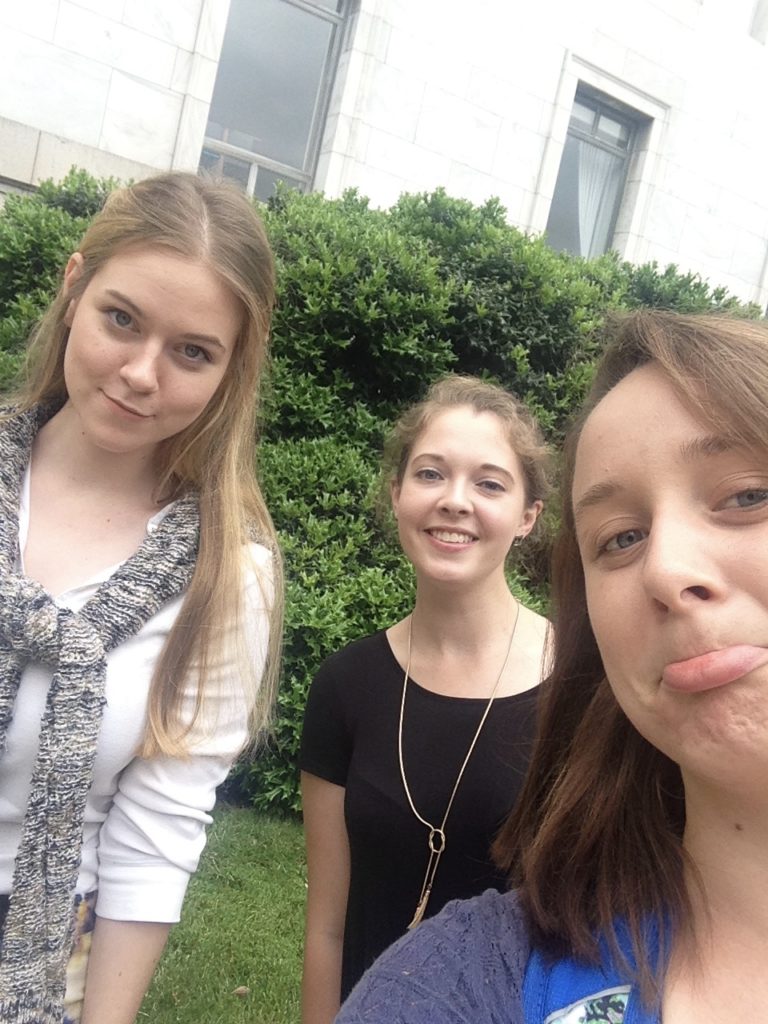 That time when the fire alarm went off in Rayburn and we got kicked out. That was a good time.