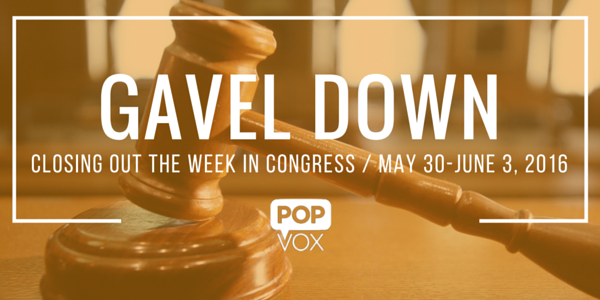 House and Senate were on recess this week, working back home. C-SPAN II celebrated 30 years of Senate coverage, and we welcomed three interns to the Hill for the summer! 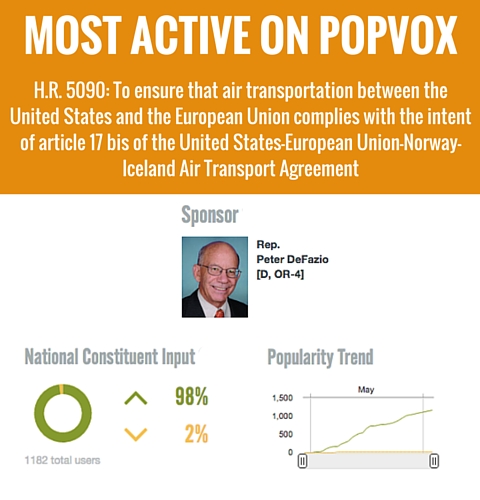 
Cheers to 30 years of seeing the U.S. Senate from your living room!


This week marked 30 years of Senate coverage on C-SPAN II.

In 1986, the U.S. Senate voted to televise its debates, and C-SPAN II began, with the purpose of televising "unfiltered, gavel-to-gavel access" of the U.S. Senate. In the first televised speech from the Senate floor, Sen. Bob Dole [R, KS] said "I think today we in effect sort of catch up with the 20th century."

Senate Majority Leader Mitch McConnell, then a freshman senator, recollected voting against opening up the U.S. Senate Floor to the public, saying he feared senators would preach to the cameras and be less concerned about debate.

"There's been nowhere near the amount of grandstanding as one would've thought," said Sen. Patrick Leahy [D, VT], the Senate's longest-serving senator. Leahy recalls pre and post TV days, the installation of the bright TV lights and at least one colleague with a terrible toupee who hated the cameras.

C-SPAN compiled Senate highlights from 1986-2016, including debates regarding:

C-SPAN kicked off in 1979, the first day the House allowed televised coverage of its floor debates. At the time there were only four employees working to open up government proceedings to households across the U.S.

Contrary to popular belief, C-SPAN receives no government money or underwriting support. In fact, there is no contract with Congress to broadcast its proceedings. The channels are instead funded by cable, satellite, and telecom companies that then distribute the channels to their viewers.


We welcomed three Summer interns to join our D.C. team! They spent the week exploring Capitol Hill, researching bills, and preparing to attend hearings and markups next week as Congress returns for legislative business.

Check out their posts on their first impressions of the Hill…and why it's so confusing getting around this place. 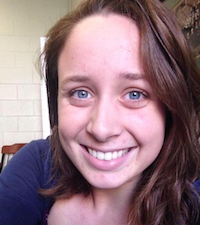 "As we traversed from the House side to the Senate side of the Capitol, I couldn’t help but think, “Here I am, doing what I had dreamed of doing for so long—interning in DC with an awesome organization, walking across the Hill with the Capitol on my left and the Supreme Court and the Library of Congress on my right.”
—Hannah Gourdie, Legislative Affairs Intern 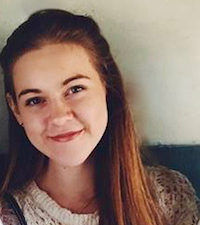 "Interestingly, it doesn’t seem to matter how confident you are or look, when walking in a fleet of interns, people will still ask if you are lost or need help. But, as Maddie so astutely put it, just because we are young interns doesn’t mean we can’t read arrows and signs."
—Holly Stokes, Government Relations Interns 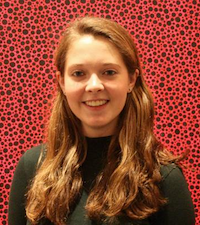 "Before coming to Washington for this internship, I assumed that Congress worked in the Capitol just like the Supreme Court works in the Supreme Court Building.  And yet like many facets of American government, the neat picture at the surface belies a far more complicated structure underneath."
—Maddie Burton, Government, New Media Intern

"The Graying of Rural America" by Alana Semuels, The Atlantic

"Are Members of Congress Overpaid?"  by Nora Kelly, The Atlantic

"Potential Increases in Hurricane Damage in the United States: Implications for the Federal Budget"  from Congressional Budget Office

"Introducing the Democracy Dashboard Part II with a focus on institutional functioning"  by Elaine Karmark, Brookings

"How blockchains could change the world"  from McKinsey&Company

Editor Follow
« First Impressions of the Hill
WEEKLY UPDATE: The Week Ahead in Congress »