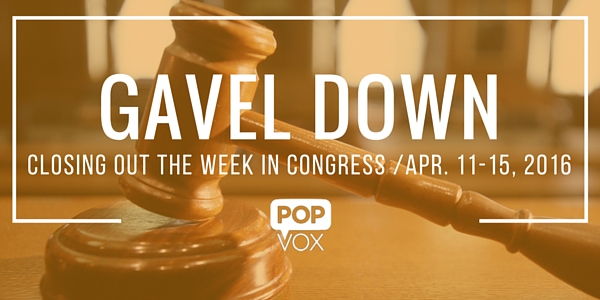 The House passed a bill to expedite FDA review of Zika treatments. The Senate made progress on FAA reauthorization. The encryption debate enters a new stage with the release of a draft Senate bill. And, just in time for tax day, the House Ways and Means committee advanced four bills related to IRS operations. 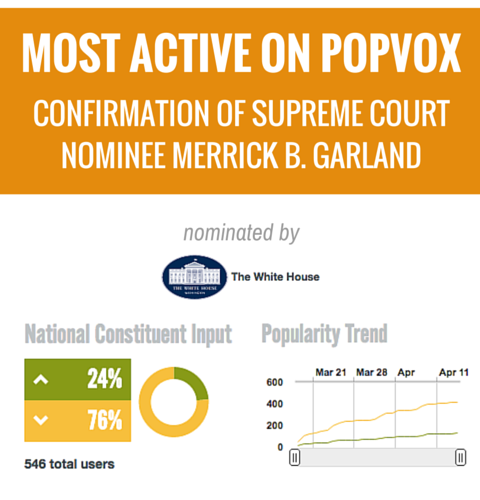 Most active on POPVOX this week:


The House approved a bill adding the Zika virus to the FDA priority review voucher program. The bill would offer incentives to companies seeking a cure for the virus, but it does not allocate any federal funds. The same measure was approved by the Senate last month, meaning the legislation now heads to President Obama.

All 358 confirmed cases of Zika in the United States have been travel-related, with Florida having the largest number of confirmed cases. This week the Centers for Disease Control and Prevention announced there is sufficient evidence that the virus could cause birth defects in infants born to infected mothers. 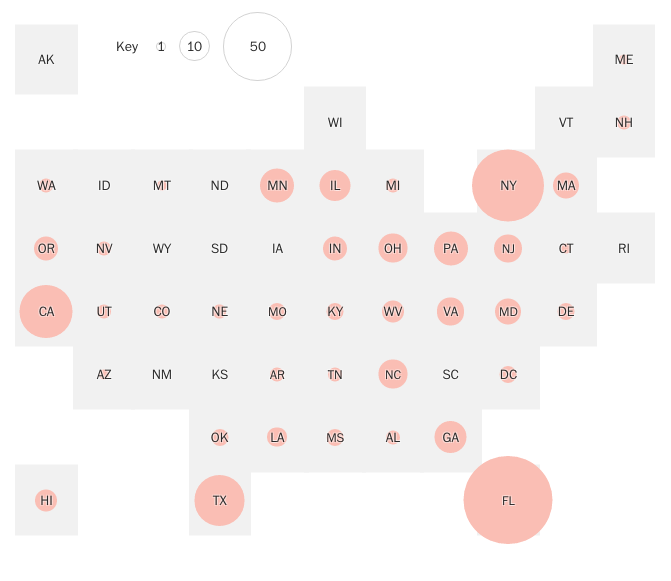 
After week-long consideration, Senate looks to pass the FAA reauthorization bill early next week. FAA funding was originally set to expire on March 31, but the House approved a short-term bill to extend funding until July 15 (with some provisions extended until March 2017).

Early this week Sens. Boxer and Sessions placed holds on the bill to try and force votes on their amendments. Sen. Boxer's amendment involved rest requirements for cargo pilots, with "Miracle on Hudson" pilot speaking in support of the amendment. Sen. Sessions's amendment would encourage more airports to install biometric screening systems.

Despite initial talks, the bill will proceed without clean energy tax credits. Members of both parties said too many add-ons were complicating an otherwise uncontroversial FAA bill.

The bill is similar to an amendment added to the Senate FAA reauthorization bill last week, which prevents TSA from implementing "reverse screening" methods at small airports.


The encryption debate continues between tech companies and the federal government. The Justice Department announced it will seek a court order to force Apple to help unlock an iPhone seized in New York drug investigation, while newly declassified records show the FBI persuaded a judge to aid in decryption efforts in 2003, a precursor to the current Apple dispute.

This week, leaders of the Senate Intelligence Committee released draft of long-awaited Burr-Feinstein encryption bill. The bill would require companies to decrypt customers’ data at a court’s request. The bill does not create specific penalties for noncompliance — providing federal judges broad authority to compel tech companies to aid the government. The bill still has a ways to go: receiving feedback, making revisions, being formally introduced, clearing committee, but upon release of draft, Sen. Ron Wyden [D, OR] vowed to filibuster the bill if it reaches the Senate floor.

Meanwhile, House Judiciary Committee advanced the Email Privacy Act (H.R. 699) unanimously — a bill to update the Electronic Communications Privacy Act, which currently allows for the government to read emails without a warrant if the emails are at least six months old. With 314 cosponsors, the bill is the most popular piece of legislation that has yet to receive a vote in the House.


Late to the game? Here’s a complete timeline of the back and forth between the FBI and Apple. Basically, the Justice Department sought a court order to receive Apple’s help unlocking an iPhone connected to last year’s San Bernardino shootings. Ultimately, the government did not see the case to resolution, instead paying “gray hat” hackers one-time fee to unlock the phone. So far, the FBI has not found anything useful on the phone, but it is not done analyzing the obtained information.

Speaker Paul Ryan convened a special conference meeting today to educate members and bring them on board with the bill. Lawmakers now look to pass legislation by May 1, when Puerto Rico's next debt payment is due.

Meanwhile, Puerto Rico proposed a new plan to restructure its debt: asking its creditors to accept $32.6B to $37.4B up front by exchanging existing bonds for two new classes of bonds, up from previous offer of $26.5B.

House Committee on Ways and Means kicked off tax week by approving four bills related to the IRS.

H.R. 4890 IRS BONUSES TIED TO MEASURABLE METRICS ACT
Sponsor: Rep. Patrick Meehan [R, PA-7]
Bill would require the IRS to complete a customer service strategy before paying out bonuses, meaning bonuses would be earned through improvements in responsiveness to taxpayers.

H.R. 3724 ENSURING INTEGRITY IN THE IRS WORKFORCE ACT
Sponsor: Rep. Kristi Noem [R, SD-0]
Bill would prohibit the IRS from rehiring former employers who had been fired for cause.

H.R. 4885 IRS OVERSIGHT WHILE ELIMINATING SPENDING (OWES) ACT OF 2016
Sponsor: Rep. Jason Smith [R, MO-8]
Bill would require the IRS to deposit fees for services in general fund of the Treasury and provide Congress with the authority to determine how to spend user fees.

H.R. 1206 NO HIRES FOR THE DELINQUENT IRS ACT
Sponsor: Rep. David Rouzer [R, NC-7]
Bill would require the Treasury Secretary to certify that no IRS employees have serious delinquencies with respect to their own tax obligations. (similar measure has failed in recent years)

Appropriations season was in full swing this week, with both House and Senate saying no budget, no problems and proceeding with spending bills. Lawmakers discussed several bills to fund the government in 2017, with the House failing to reach today’s deadline to pass a budget. The new talk of the town is the 1070 number, referencing the $1.070T spending level agreed upon in last year’s budget deal.

House Appropriations marked up its first measure of the year: a package for veterans’ programs and military construction. All three released House appropriations bills adhere to spending level of $1.070T agreed upon in last year’s budget deal.

"The Legislative Process on the Senate Floor: An Introduction"  from Congressional Research Service