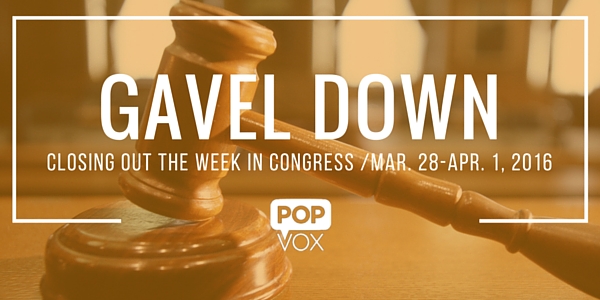 Both the House and Senate were out on recess this week. (No, it's not THAT kind of "recess.") A few Senators came back to DC to meet with SCOTUS nominee, Merrick B. Garland. The House floated a draft bill to address the Puerto Rico debt crisis. And it turned out that the FBI didn't need Apple's help after all. 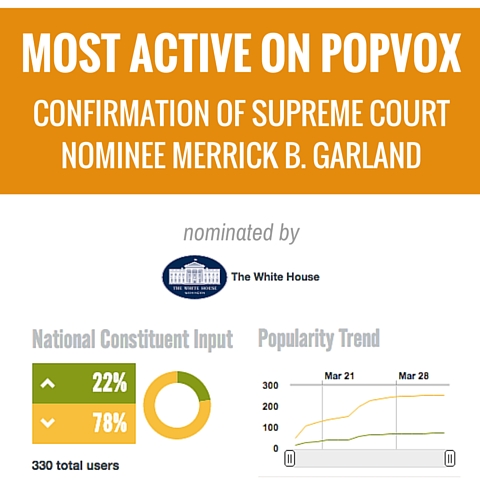 Most active bill on POPVOX this week:
Confirmation of Supreme Court Nominee Merrick B. Garland

Lawmakers back home for the week

Both chambers were out on recess this week. While "recess" conjures up playground images, it's not all fun and games. Lawmakers have to split time between Washington and their home state or district — balancing the work of votes and committee hearings with the equally important work of being available to — and hearing from — constituents. In fact, one of the best ways to advocate for issues you care about is to attend a town hall meeting or meet in person with your lawmaker while he or she is in the district.

Here's how your lawmakers are spending their recess:

Subscribe to our Twitter lists for House and Senate to see what lawmakers are up to while away from Capitol Hill. 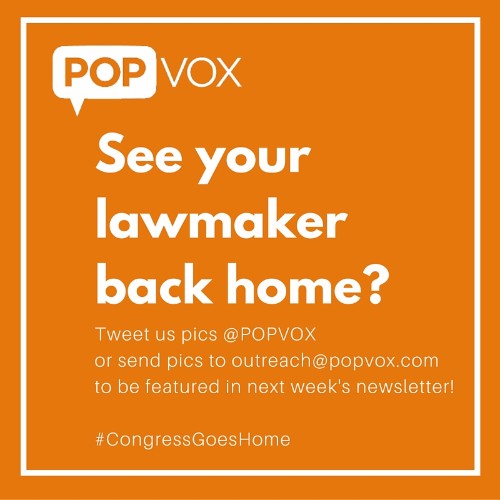 Republican Sens. Collins and Boozman have scheduled meetings for next week.  Following a protest back home, Republican Sen. Pat Toomey agreed to meet with Garland as well.

Many lawmakers are waiting for the first step of the appointment process: a hearing, before committing to a vote.

Tell your lawmakers what you think about confirming President Obama's Supreme Court nominee!

The House Natural Resources Committee officially released a discussion draft and legislative summary for a bill to address Puerto Rico’s debt crisis. Puerto Rico currently faces over $70 billion in debt, 12 percent unemployment, and a 45 percent poverty rating. The bill would create a 5-member fiscal control board, independent of the Puerto Rican Governor and legislature, and establish a Revitalization Coordinator to fast-track infrastructure projects.

According to House Natural Resources Chairman Rob Bishop, “This discussion draft will change. We are releasing it now to encourage feedback, so people can respond to the draft proposal, not a supposition of its content.”

The bill does not allow Puerto Rico to declare Chapter 9 bankruptcy. House Natural Resources will hold a hearing and markup following Easter recess, and the House is expected to take up the bill shortly after.

The Justice Department ended its legal battle with Apple over unlocking a phone used in the San Bernardino shooting. The FBI was able to unlock the iPhone without Apple's assistance.

Sen. Ron Wyden [D, OR] spoke out against a bill proposed by Senate Intelligence Chairman and Ranking Member Sens. Burr and Feinstein that would limit encryption protection on technology products. The Burr-Feinstein bill would require companies to follow court orders seeking locked communications.

Senator Wyden plans to reintroduce a bill he proposed in the 113th Congress that would prevent court attempts to undermine current encryption laws. Last week, Rep. Matt Salmon [R, AZ-5] introduced legislation that would prohibit the federal government from using the All Writs Act to to compel tech companies to break encryption.

"An Analysis of the President's 2017 Budget"  from Congressional Budget Office