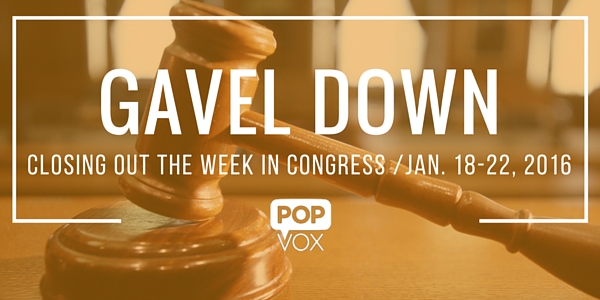 Relations with Iran warmed but "thaw" was not a word anyone was using in snowy Washington. The Senate was in but both major votes this week did not advance — an attempt to override the President's veto of a "disapproval" resolution on expanded water rules and the House-passed bill to tighten security procedures for refugees from Syria and Iraq. Filibuster reform got a new look and the House GOP emerged from their retreat with a new agenda (Democrats will retreat and plan soon.) And, on Friday, Washington got its snow day.

Most Active on POPVOX this week: 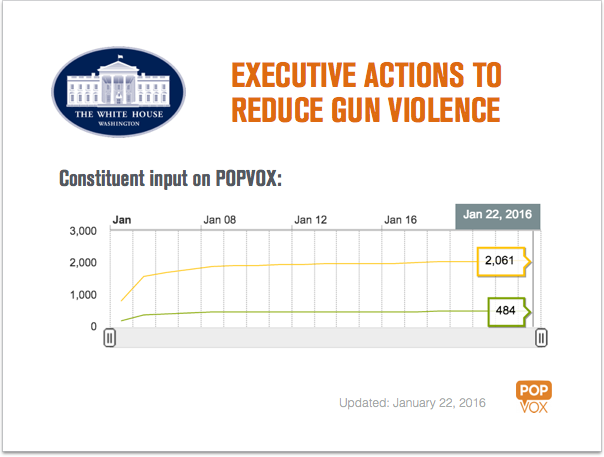 The Post-Implementation Era Begins with Iran

The week began still in the light of significant developments in relations with Iran. With last Saturday's announcement that Iran had met obligations necessary for the implementation of the Joint Comprehensive Action Plan, President Obama signed an executive order lifting U.S. sanctions. That was quickly followed by the announcement of new, limited sanctions on five Iranian citizens and 11 companies for violating United Nations resolutions against ballistic missile tests.

The U.S. celebrated the release of five American prisoners who had been held in Iran:

The House had previously teed up a vote on restricting the President's ability to lift the sanctions, but the vote was vacated because Members didn't make it to the Floor in time to vote. While the vote was rescheduled for next week, conditions have changed significantly.

[inlinetweet]The Senate did not advance the House-passed bill that would step up security screening for refugees entering the country from Syria and Iraq. [/inlinetweet]Senate Democrats floated a proposal that would have allowed the bill to proceed if Republicans allowed a politically difficult vote on a proposal from the Presidential campaign trail to prohibit Muslims from entering the United States. The cloture vote on the bill was 55-43 (60 were needed) and did not proceed. A proposal to tighten restrictions on the visa waiver program is expected in the coming weeks. 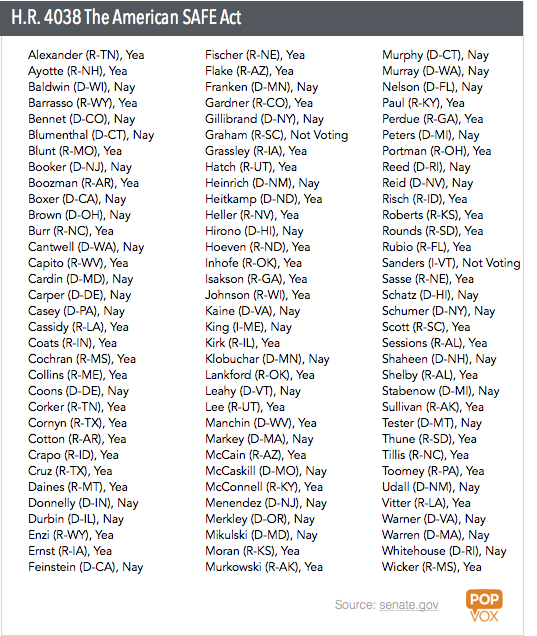 This week the Senate took its last swing at the Environmental Protection Agency and the Corps of Engineers’ Clean Water Rule that expands federal authority over all ‘waters of the United States’ (WOTUS) under the Clean Water Act.

On Oct. 9, 2015, the US Court of Appeals for the 6th Circuit, temporarily suspended implementation of the final WOTUS rule, questioning “… specific scientific support substantiating the reasonableness” of certain parts of this rule.

Congress passed a resolution invoking the "Congressional Review Act" to invalidate the rule. As expected, however, President Obama vetoed the measure of disapproval, and this week, the Senate failed to get the votes required to override the veto.

How did tap water become toxic in Flint, Michigan? 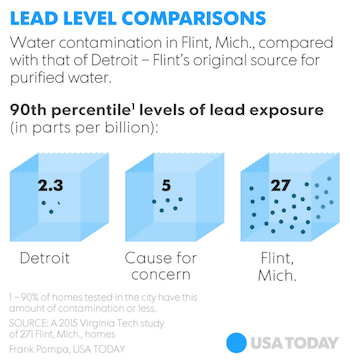 [inlinetweet]Filibusters are an American tradition used to delay or block disagreeable legislation.[/inlinetweet] Lawmakers wear sneakers, hold their bladders, and sing Gene Autry songs. The filibuster’s purpose is to ensure minority opinions are expressed before the Senate votes on an issue. To keep a filibuster afloat, a senator cannot sit, leave the Senate Floor (lawmakers get creative), eat (better make friends with the keeper of the candy desk), or drink anything besides water or milk (although sometimes milk can’t be trusted). The senator can talk about whatever he or she chooses and holds the Floor until cloture is invoked, the filibuster wins an accommodation, or the filibustering senators throws in the towel.

[inlinetweet]There’s been a lot of talk about filibusters the last few years, and now some Republicans are looking to revise the legislative tool.[/inlinetweet]

Senate Republicans held a special meeting this week to discuss proposed changes such as:

So what is cloture and why do you hear about it when talking about filibusters?
President Woodrow Wilson urged the Senate to create the procedure known as “cloture.” Senators can force an end to debate and bring the question to an up or down vote. Cloture is effective at limiting filibusters but requires a three-fifths vote. 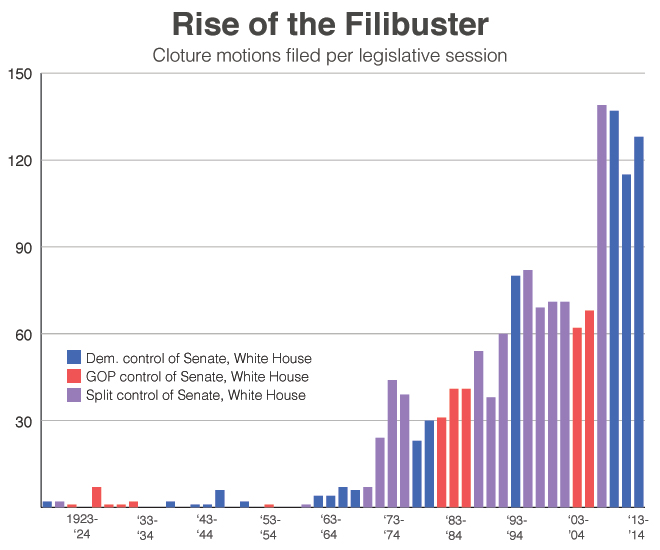 The World Economic Forum is underway in Davos. The annual meeting of political and business leaders includes plenty of familiar faces. Videos from the past two days are posted online and prime for binging this weekend.

[inlinetweet]The GOP annual legislative retreat is typically marked by arguing and anger — this year’s retreat was much different.[/inlinetweet] Speaker Paul Ryan received a standing ovation and Rep. Louie Gohmert [R, TX-1] said “I don’t feel like I was vilified as much this year for speaking truth as I have in the past.” Republicans pushed for party unity and differences emerged between Senate Majority Leader Mitch McConnell’s plan for the Senate and Speaker Paul Ryan’s vision for the House.


Democrats’ annual retreat kicks off next Wednesday in Baltimore — with addresses from President Obama, Vice President Joe Biden, and Trevor Noah from The Daily Show.

"Summary of The Budget and Economic Outlook: 2016 to 2026" Congressional Budget Office

"Medicaid and CHIP Eligibility, Enrollment, Renewal, and Cost-Sharing Policies as of January 2016: Findings from a 50-State Survey" The Kaiser Family Foundation

"Actually, Things Are Getting Better" by Barney Frank, POLITICO

"Deregulating Corporate America" by the Editorial Board, The New York Time

Editor Follow
« Compare & Contrast Proposals: Authorizations for Use of Military Force
WEEKLY UPDATE: The Week Ahead in Congress »