It was a HUGE week — the long-term Highway Bill finally passed (in time to avoid a midnight Friday deadline). The Senate voted to repeal Obamacare, the House passed its Energy bill and the Education Reform conference report. Speaker Ryan gave a “major speech” to a DC audience. US Special Forces were deployed to combat ISIS, the UK Parliament voted to join the fight, and US military combat roles were opened to women. And gun access questions were again in the spotlight after the tragedy in San Bernardino.

Most active bill on POPVOX this week: 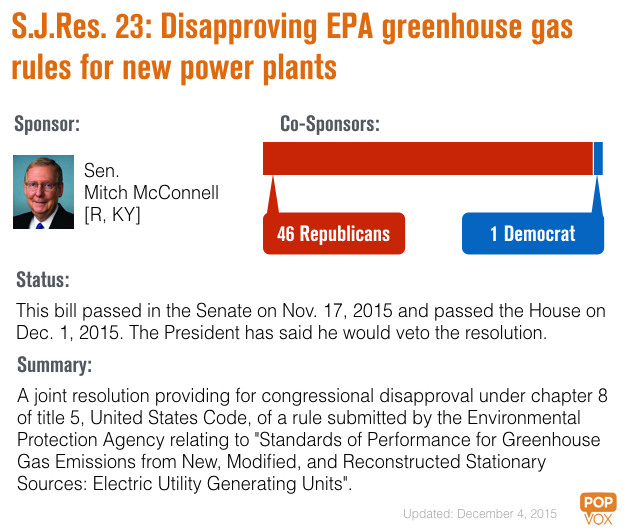 Congress has struck deals on major highway and education bills. And there’s a push on the budget and taxes…  Don’t look now, but Congress is actually about to get a lot done.

Congress passed long-term highway bill just in time — the Highway Trust Fund was to expire at midnight on Friday (after several short-term extensions.) Obama will sign. Reauthorization of the Export-Import Bank was included in the bill. (How’d that happen?)  Experts say we still need to talk about transportation policy.

How did your representative vote?

For the first time ever, the Senate passed a bill to repeal parts of Obamacare and defund Planned Parenthood (through the budget reconciliation procedure that is not subject to the 60-vote cloture requirement). President Obama will veto the bill. Nevertheless, Senate GOP leadership says that the bill gets senators on the record and establishes a precedent with Senate Parliamentarians for a similar vote in the future, (if the next president were to be Republican and would sign it into law).

The Reconciliation process included a “vote-a-rama” of amendments, including several in response to the tragedy in San Bernardino. Each gun measure failed.

S. 551: The Denying Firearms and Explosives to Dangerous Terrorists Act
Sponsor: Sen. Dianne Feinstein [D, CA]
“To increase public safety by permitting the Attorney General to deny the transfer of firearms or the issuance of firearms and explosives licenses to known or suspected dangerous terrorists. ”
— The measure failed, 45-54 — (Vote to waive point of order) How did your Senator vote?

S. 2359: A bill to restore Second Amendment rights in the District of Columbia (concealed-carry reciprocity)
Sponsor: Sen. Rand Paul [R, KY]
“To increase public safety by permitting the Attorney General to deny the transfer of firearms or the issuance of firearms and explosives licenses to known or suspected dangerous terrorists. ”
— The measure failed, 54-45 — (needed 60) How did your Senator vote?

The end-of-year “Omnibus” Spending Bill is by now a Congressional holiday tradition — as is the “will they or won’t they?” nail-biter finish that comes within hours of a stated deadline and sometimes pushes through multiple short-term extensions…and delayed holiday plans.

Technically, the Omnibus is one big bill that “carries” lots of smaller bills.

And it really does work like a “bus,” with some very important cargo of several smaller spending bills that did not make it out of the appropriations process on their own. These bills end up riding together in one big bill at the end of the year. But they may not be the only ones on board.

Policy Riders (or, “poison pills” if you don’t like them): The big debate occurring now is whether additional non-appropriations measures will “ride” along with the spending bills. And the standby list is long. Some of those reported to have been in a first draft (which was rejected by House Democrats) include:

And those are just some of the ones that have made it to the press. CNN reports: “Sen. Harry Reid of Nevada, the top Democrat in the Senate, was upbeat on Tuesday about progress in the talks, noting that the number of riders in the bill had shrunk from 250 to 100. But he also warned that any one of those riders could cause the bill to fail.”

The ‘bus is supposed to arrive by December 11, when current spending expires, but Speaker Paul Ryan said Congress might not have a deal by then. If not, we would likely see a short-term extension to allow time for negotiations to continue. GOP leaders are showing no desire for another shutdown fight, while President Obama is not ruling it out, if he is sent a bill with policy riders he opposes.

#ESSA — the End of No Child Left Behind

This week the House passed the conference report on an education reform bill that “restores local education control” according to the New York Times. The bill heads to the Senate and is expected to pass and be signed into law next week.

Basically we’re back to an era that encourages local and state innovation rather than Washington telling you what to do,” – Sen. Lamar Alexander [R, TN] (Sponsor)

In what’s been called “the first major energy legislation in nearly a decade,” the House passed a sweeping energy bill that would lift the ban on U.S. crude oil exports, update the electric grid, and increase production.

What next? The bill goes to the Senate. President Obama has threatened to veto the bill (H.R. 8).

Meanwhile in the energy world, clean-energy patents continue to increase and are headed for a new record. According to the Clean Energy Patent Growth Index, most patents this year have been for solar technologies — followed by fuel cells, electric vehicles, and wind power. 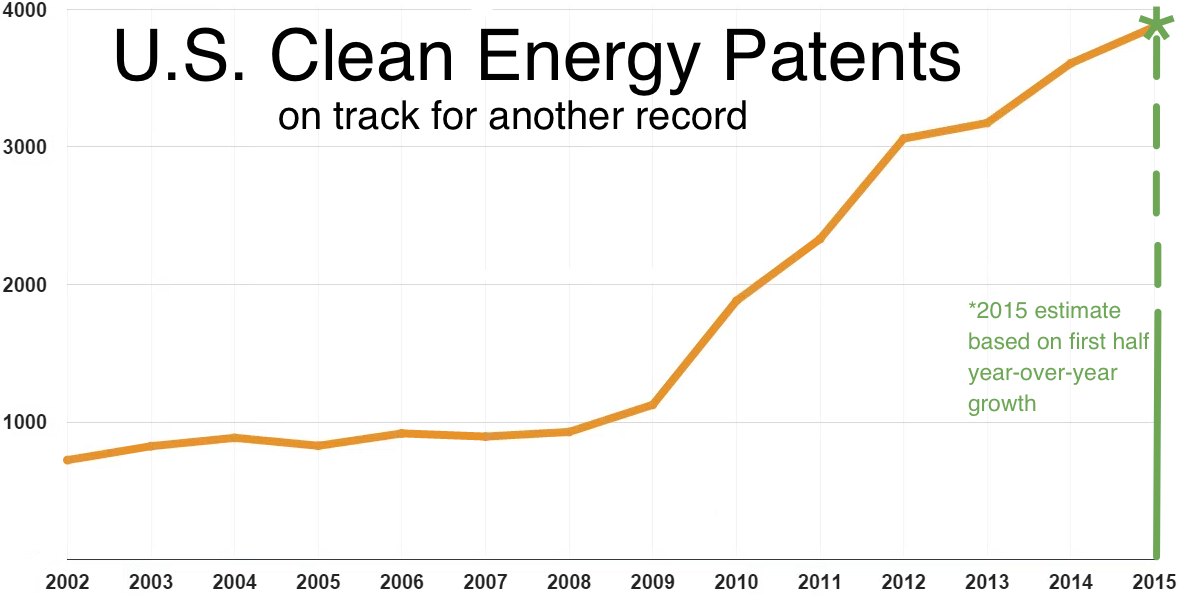 Several notable hearings occurred on the Hill this week, including but not limited to: 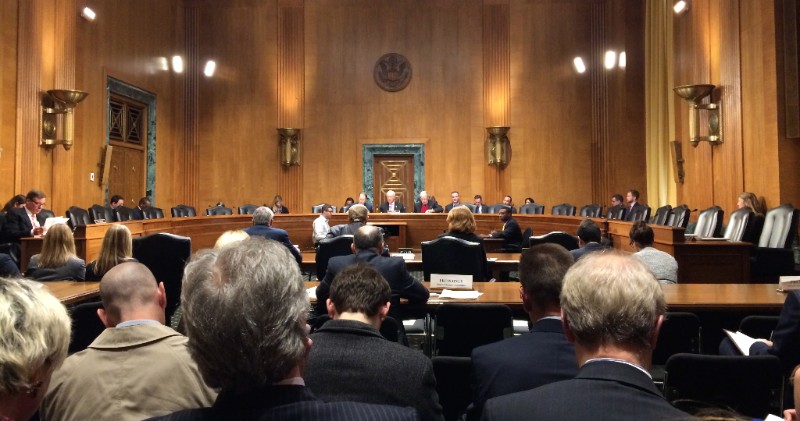 When asked about the mental health bill, Energy & Commerce Committee Ranking Member Rep. Frank Pallone [D, NJ-6] said there’s been no progress since the markup last month. He said Rep. Tim Murphy “doesn’t seem to want to incorporate or address any of the concerns we have.” Rep. Eliot Engel [D, NY-16] said Murphy spoke with him this week and that Murphy would like to come up with a compromise. 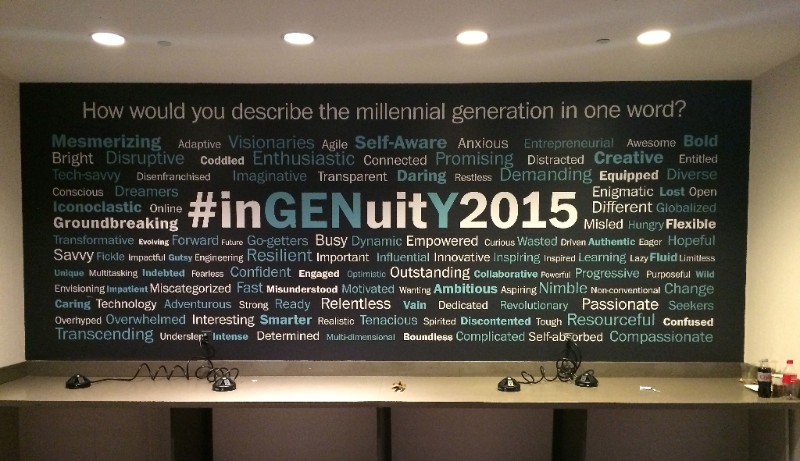 The Washington Post and 1776 hosted a summit devoted to the entrepreneurial spirit of the millennial generation and how it is changing business, politics and culture. Our very own Whitney Wyszynski joined entrepreneurs and policy influencers for a day of informational panels and peer-to-peer learning. POPVOX guest snapped for the Post. Watch the full sessions here.

Who Gets to Be Represented in Congress? by Garrett Epps, The Atlantic

How Washington is holding Puerto Rico back by Anne O. Krueger, POLITICO

ISIS in America: From Retweets to Raqqa by Lorenzo Vidino and Seamus Hughes, The George Washington University Program on Extremism