Q&A: What’s next for the Tax Bill? 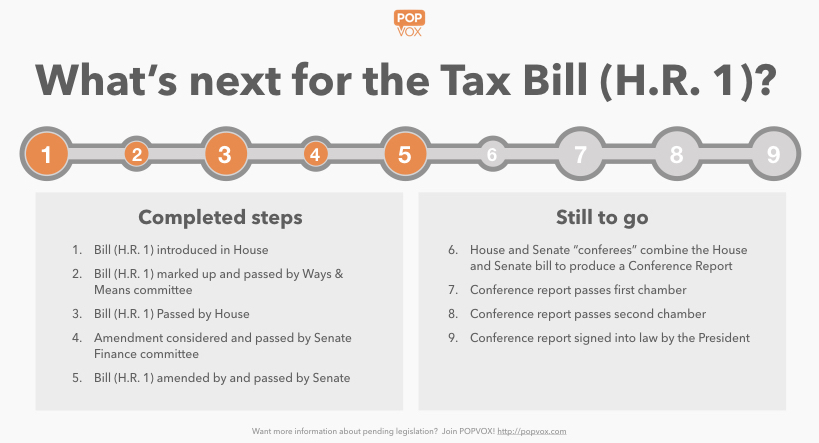 With this vote, the tax bill is at about the halfway mark to becoming law. Here's what's ahead:

The House and Senate must go to conference and produce a joint conference report.

Conference committees are set up when the House and Senate have passed two different versions of a bill. Article 1, Section 7 of the Constitution requires that both chambers pass the exact same language before a bill can be presented for the President’s signature and become law.

How does a Conference work?

How does Congress vote on conference reports?

(As with everything in Congress, there are exceptions. For more information, see “Conference Committee and Related Procedures: An Introduction” from the nonpartisan Congressional Research Service.)

House votes December 4 on a motion to go to conference and appointing Republican conferees. They will also vote on Democratic-sponsored "Motion to Instruct Conferees."

Senate will vote on similar motions in coming days.

See what other sare saying and write a message to your lawmakers on H.R. 1 with POPVOX.

Our thoughts and prayers are with Paris